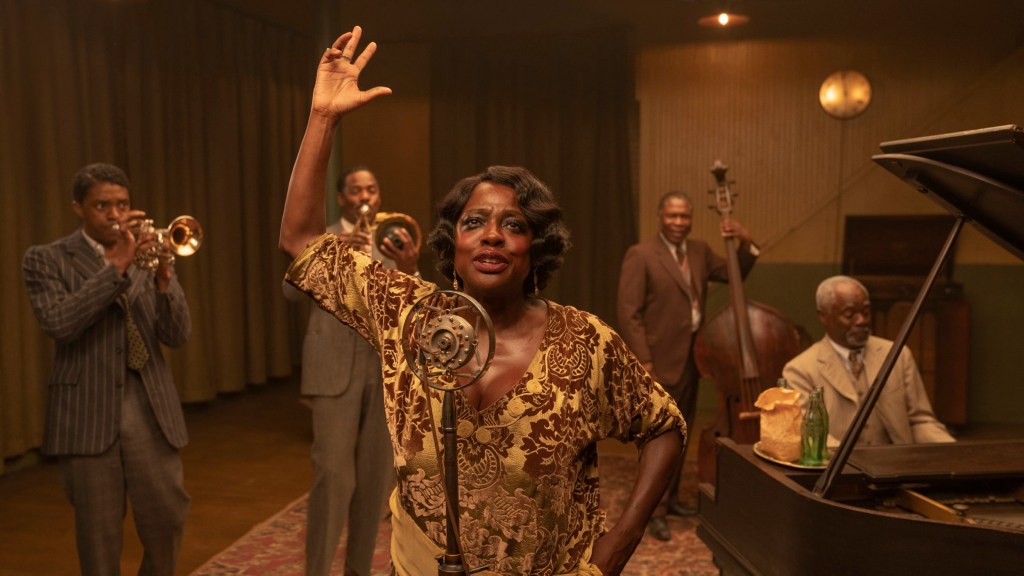 The drama, starring Viola Davis and the late Chadwick Boseman, is based on the play of the same name by August Wilson.

Ma Rainey’s Black Bottom centres around a recording session in Chicago in the late 1920s, as tensions rise between ‘Mother of the Blues’ Ma Rainey (Davis), her ambitious horn player (Boseman), and the white management team trying to control her.

What time is Ma Rainey’s Black Bottom on Netflix?

After previously being released in some cinemas on November 25, the film is dropping on Netflix today.

It is expected to arrive on UK Netflix at 8am, which is midnight Pacific time.

This is when it strikes midnight in San Francisco, where Netflix HQ is based, meaning people on the East Coast of the US will get new content at 3am, and those in mainland Europe will get it at 9am.

Who is in the cast with Chadwick Boseman?

He plays ambitious trumpeter Levee in the movie, and has received critical acclaim for his performance.

Boseman stars Oscar winner Viola Davis as the title character – having previously won her Academy Award for best supporting actress for her performance in the movie adaptation of another August Wilson play, Fences.

Toledo is played by Glynn Turman, who is known for his roles in The Wire and How To Get Away With Murder, opposite Viola Davis; he was also previously married to Aretha Franklin.

Colman Domingo, known for his role as Victor Strand in Fear The Walking Dead, stars as Cutler, while The Wire and True Detective actor Michael Potts plays Slow Drag.