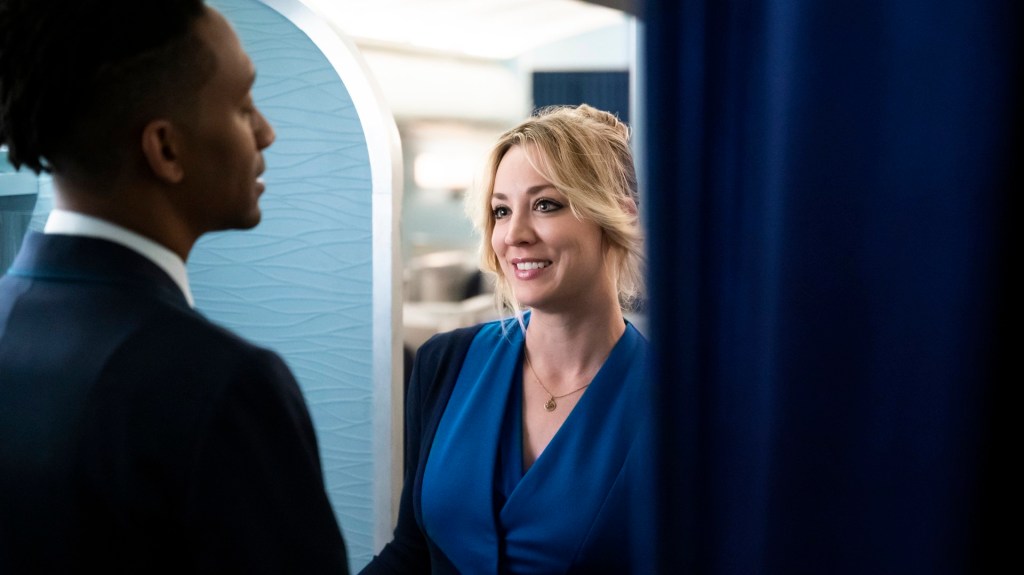 *** Warning: This article contains spoilers for season one of The Flight Attendant ***

The Flight Attendant has come to a thrilling end and we don’t know about you but eight episodes of this show were not enough.

Kaley Cuoco and the rest of the cast had us hooked each week and it looks like they are keen to return again for season two of HBO MAX show as we are to see them.

But will there be another season of the show? Here’s what Kaley and the gang have said so far.

Will there be another series of The Flight Attendant?

Kaley Cuoco has made no secret about the fact she would love the show to continue for another season.

During an appearance on Watch What Happens Live with Andy Cohen, she explained: ‘I hope so. It was meant to be a limited series for show but we’re hoping. We’d actually like to do a season two.’

In fact, the star has been had a plan for a second season before the show even debuted on HBO Max.

She stated at a press event: ‘Oh, we have plans for another season.’

Her comment was echoed by Steve Yockey, the showrunner and executive producer, who added: ‘I think we have everything that we need in place, should the show move forward after this initial mystery.’

Who is in the cast of The Flight Attendant season 2?

There’s no way of knowing just yet but considering how the first season ends, we can make a few confident assumptions.

Kaley will obviously return as Cassie, but the same can’t be said for the likes of Michiel Huisman as the late Alex Sokolov. RIP.

Rosie Perez’s character Megan might be on the run but she could easily be a key part of a second season.

Everybody stay calm! The US Office is returning to Netflix

Time will tell if Miranda (Michelle Gomez) ever pops up again, as well as Cassie’s friends and family.

The Flight Attendant concludes on December 17 on HBO Max.


MORE : The Flight Attendant: Who killed Alex Sokolov in the HBO Max series?


MORE : The Flight Attendant: Who is in the cast of the HBO Max series alongside Kaley Cuoco?