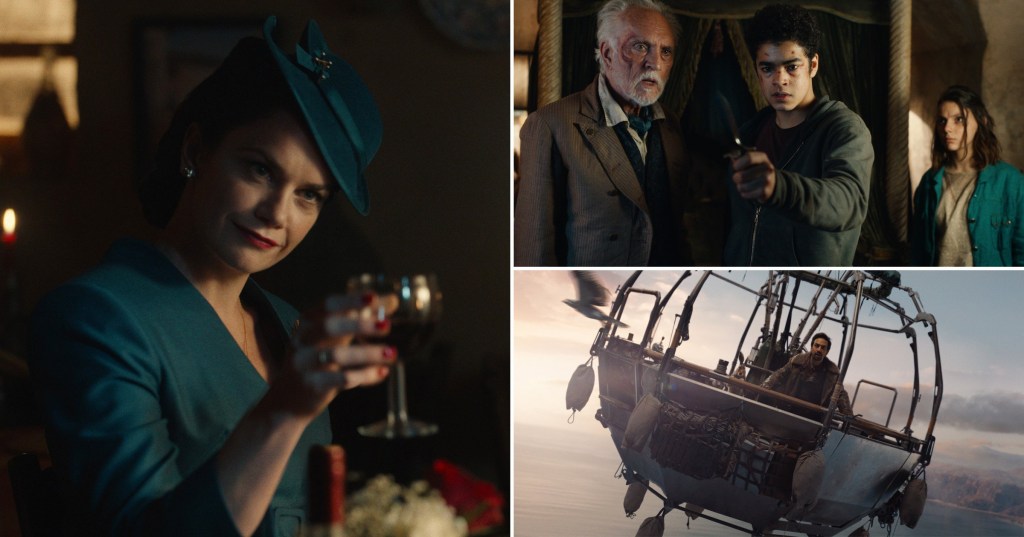 Warning: spoilers ahead for His Dark Materials season 2.

Will Parry (Amir Wilson) reluctantly takes on a new role and Fleabag co-stars Andrew Scott and Phoebe Waller-Bridge reunite in the latest episode of His Dark Materials season 2.

Are we in Cittàgazze or in Middle Earth? In an opening reminiscent of the introduction to the first Lord of the Rings film – where viewers were informed of the creation of the master ring – in the latest episode of His Dark Materials, we finally learn about the power and significance of the Subtle Knife, which eventually falls into the hands of young Will after a bloody brawl.

Having made a bargain with Lord Boreal (Ariyon Bakare) to retrieve the knife in exchange for the stolen Alethiometer, Will and Lyra Silvertongue (Dafne Keen) break into the Torre degli Angeli in Cittàgazze, under the impression that someone is inside.

After stumbling across a man called Giacomo Paradisi (Terence Stamp), who has been tied up, Will and Lyra come face to face with Tullio (Lewis MacDougall), a young boy who has been hiding in the tower with the knife as protection.

The naturally kind-hearted Will unleashes his fighting spirit, beating Tullio into submission to assume ownership of the knife. But he loses two fingers in the process, a sign that he has officially become the new bearer of the knife.

As the former bearer of the valuable weapon, Giacomo explains the rules that Will must follow when using the knife, which can not only cut through any material, but can also be used to slice open windows into other worlds.

The action sequence in this episode is beautifully juxtaposed with a tender moment, when an injured Will softly strokes Lyra’s daemon Pantalaimon (voiced by Kit Connor), who has assumed the form of a red panda. Unbeknownst to Will, in Lyra’s world it’s taboo for a person to touch someone else’s daemon. But Pan – the physical embodiment of Lyra’s soul – makes contact with Will on his own accord, signalling the close bond Lyra and Will have forged in the short time that they’ve known each other.

The His Dark Materials cast boasts an array of supremely talented actors, including Ruth Wilson as Mrs Coulter and James McAvoy as Lord Asriel. Fans of Hamilton and Sherlock were ecstatic to see Lin-Manuel Miranda and Andrew Scott share the screen as their characters, aeronaut Lee Scoresby and John Parry/Jopari/Stanislaus Grumman, meet for the first time.

But the excitement didn’t end there, as viewers were also introduced to John’s osprey daemon Sayan Kötör, voiced by none other than his Fleabag co-star Phoebe Waller-Bridge.

This episode sees the absolutely terrifying Spectres in action, preying on adults and leaving them a shell of their former selves. While we have previously caught glimpses of Spectres prowling in the background, here we see them swarming in droves, attacking grown-ups as children – unable to see the malevolent beings – stand by helplessly. The Spectres are utterly horrifying to watch, thanks to the masterful work of the special effects team on the BBC programme.

His Dark Materials recap: Will is burdened with new role as terror of Spectres is revealed

What is the Subtle Knife in His Dark Materials season 2?

While Lyra and Will have had to fend for themselves after leaving their respective worlds, they may soon have company. The episode ends with a group of witches, including the ruthless and mesmerising Serafina Pekkala (Ruta Gedmintas), flying through the ‘anomaly’ created by Lord Asriel, which Lyra walked through to enter Cittàgazze at the end of season 1.

His Dark Materials continues on Sunday at 8.10pm on BBC One.


MORE : His Dark Materials season 2: What is the Subtle Knife?