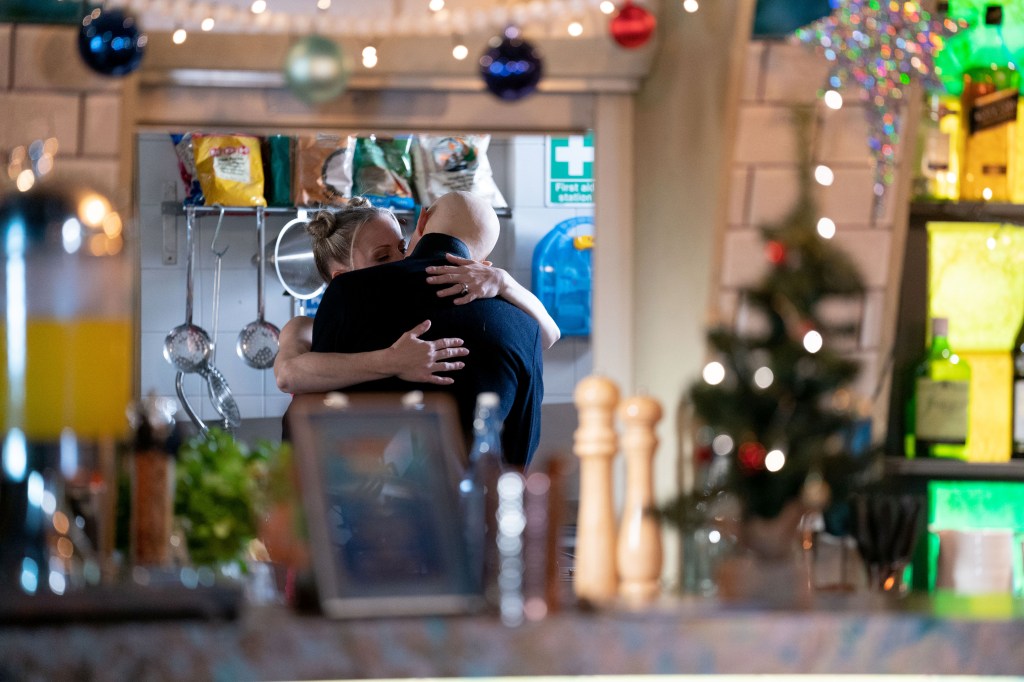 There is another twist coming for Linda Carter (Kellie Bright) and Max Branning (Jake Wood) in EastEnders – when Ian Beale (Adam Woodyatt) catches them kissing.

Well, nothing ever runs smoothly in Walford.

It comes to a head for the pair when they have a passionate smooch in the kitchen at Walford East, after getting closer over lockdown.

However, in scenes that air on November 30, things take a turn when Ian catches them in the act.

Will he spill the beans to Mick Carter (Danny Dyer)?

We wouldn’t put it past the councillor to attempt to get one over on the former Vic owner.

Viewers have watched on in horror as Max and Linda became closer – knowing full well what the Branning brother has been up to in the past.

The pair previously shared a kiss earlier this year, but quickly put it behind them for the sake of their friendship.

But as Mick continued to push Linda away as he dealt with his past, Max was waiting with open arms to help comfort the landlady – and encourage her to spend her time on the Lucy Beale Foundation application.

And a spokesperson for EastEnders teased that there is more heartache on the way for the Carters.

Woman, 23, died of cervical cancer after ‘being refused a smear test 15 times’

They told Metro.co.uk: ‘After a tumultuous year, secrets and lies are on the menu this Christmas for the Carters.

‘As Mick continues to battle with demons from his past, he fails to notice Linda, feeling more alone than ever, falling victim to temptation and turning elsewhere for comfort – will Linda’s dirty laundry be laid out for everyone to see?

‘Or will Mick find the strength to open up before it’s too late?’