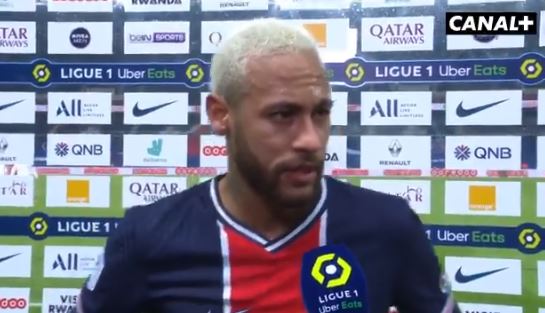 Neymar has warned his Paris Saint-Germain teammates that they must improve ahead of their Champions League clash with Manchester United next Wednesday.

PSG were held to a 2-2 draw by Bordeaux on Saturday after first-half goals from Neymar and Moise Kean were cancelled out by Yacine Adli’s equaliser in the 60th minute.

And the French champions now turn their attention to Europe as they face a battle to get out of Group H as United lead the way on nine points, while PSG and RB Leipzig are level on six points.

And ahead of his side’s trip to Old Trafford, Neymar admits he has been unhappy with PSG’s recent performances.

And the Brazilian believes PSG need to be at the top of their game against United next week.

‘We played a timid game. We managed to score goals but we missed some details,’ Neymar told Canal+ after PSG’s draw with Bordeaux.

‘We have to improve because otherwise, whether in the league or in the Champions League, we have to do better. Usually we win more matches.

‘If we do not manage to do that it will be complicated in the league as in the Champions League.

‘We know the importance of Wednesday’s match, like the match against Leipzig, where we didn’t play well even though we won.

‘On Wednesday, we will try to play our best game, to play well but we have to improve, play more as a team and be better organised otherwise it will be very difficult.’