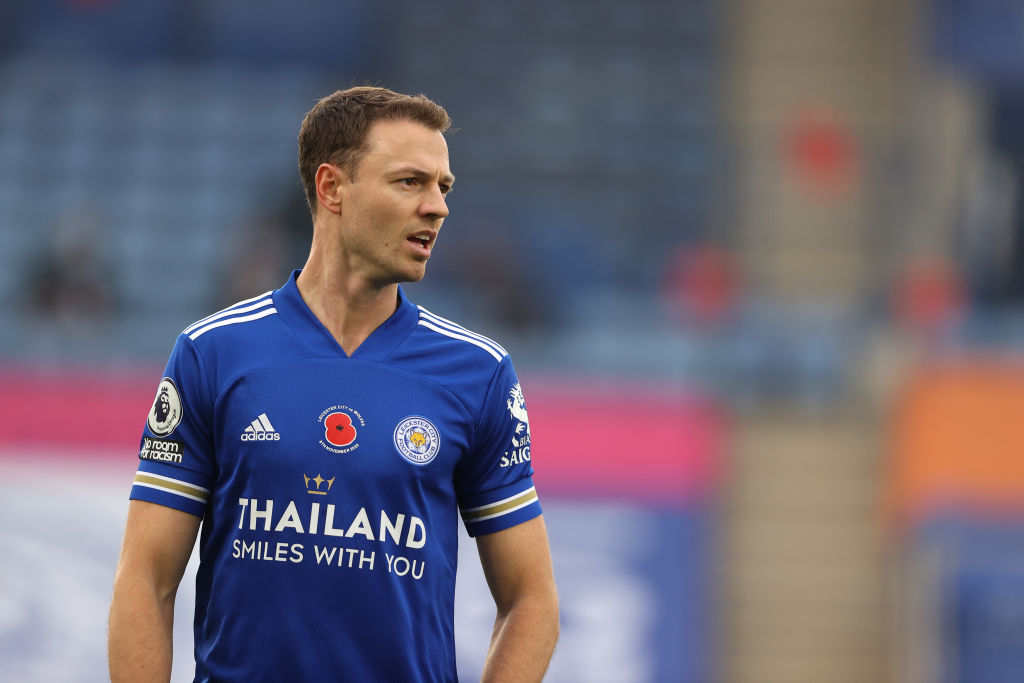 Manchester United are targeting a move for Jonny Evans on a free transfer from Leicester City, according to reports.

Louis van Gaal allowed Evans, who had initially made his debut under Sir Alex Ferguson in 2007, to leave United for West Brom in a £6 million deal in 2015.

The 32-year-old has impressed since his departure from United and has been one of Brendan Rodgers’ key men at Leicester City.

But Evans’ current contract is due to expires at the end of the season and the centre-back has not yet reached a new agreement with the Foxes.

According to The Sun, United’s team who are involved in transfers have shortlisted Evans as a potential signing and are keeping tabs on the Northern Ireland international’s situation.

The report claims that Ole Gunnar Solskjaer is keen to bolster his defensive options but has just £20m to spend in the upcoming January transfer window.

It’s also claimed that both Solskjaer and his assistant Mike Phelan are big admirers of Evans’ ability.

‘Johnny’s name has come up in conversation,’ a source at United told The Sun.

‘There are still a lot of people here who have plenty of time for him – and that includes Ole and Mike Phelan.’

Earlier this year, Rodgers described Leicester’s move for Evans as the ‘deal of the century’.

‘I think for me, where I was at an advantage, I’ve known Jonny as a young player, obviously from back home, and saw him move across to Manchester United with his family,’ Rodgers told the Belfast Telegraph.

‘But I have to say, Leicester City got the deal of the century for £3.5m to bring in a player of that level.

‘And when I came in I had an understanding that he was a good player.

‘I saw one of his first games for Manchester United down at Chelsea at Stamford Bridge when he was up against Didier Drogba and he was absolutely immense that day, I think he was around about 19, and I thought, ‘God, he can be a player’.’

And speaking in September, Rodgers was adamant that he is keen for Evans to extend his stay with Leicester.

‘He is clearly a player I would love to keep here,’ said the Leicester City manager.

‘He has been absolutely brilliant, not just in the games but in training with setting the standards and the mentality.

‘I believe the discussion will go on between Jonny’s agent and the club, and hopefully we can find a solution to keeping him here.’