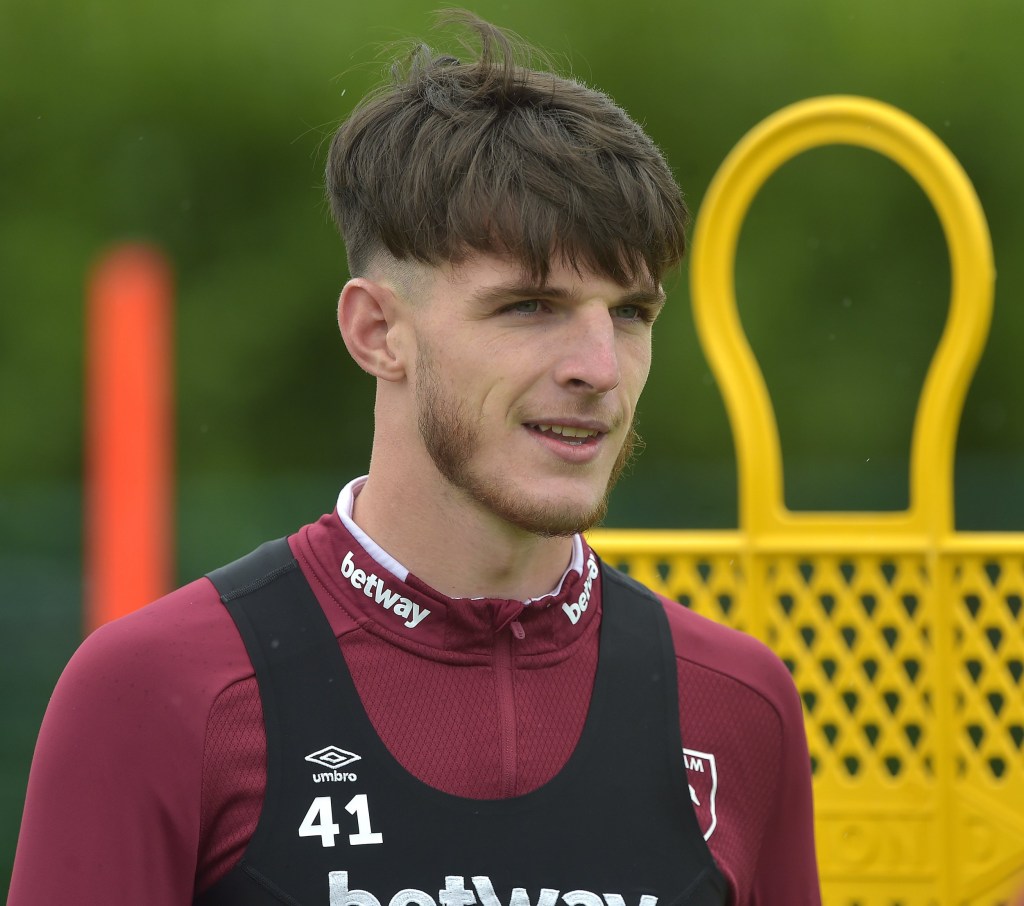 West Ham midfielder Declan Rice admits he was amazed by the ability of Marcus Rashford when he first trained with the Manchester United forward with England.

The 21-year-old is now a regular in Gareth Southgate’s squad after making his senior debut for the Three Lions last year.

And Rice admits he was blown away by the level of the players when he joins up with England during the international breaks.

But the West Ham midfielder believes Rashford and Harry Kane have been the two standout players who have impressed him the most.

‘I remember I got there and my first training session was in the evening it was a group of us on a Sunday night, a few of the lads were doing recovery, there was 11 of us, and even though there was only 11 the standard was ridiculous. [Raheem] Sterling, Rashford, Kane, I couldn’t believe my eyes,’ Rice told Sky Sports’ Super Six Podcast.

‘Even now when I go, the lads ask me at West Ham what the training is like, it’s ridiculous, the standard is so, so good. I can’t speak highly enough of it.

‘You see the rondos and the boxes, you can do flicks and tricks but if they want to get 50 passes [in a row] within about 20 seconds it’s done, you can’t get the ball back. The standard is so good.’

Asked to name the player he was most surprised by in England training, Rice replied: ‘It’s so hard to say because there’s so many in different ways.

‘We did a finishing drill and he finished every single ball from outside the ‘D’ with power and precision.

‘I know how good he is but witnessing it in training, it’s so sick to watch, as a football person as well, as a fan, as a player, to watch him just doing that you have to applaud it.

‘But I think if I’m looking back to my first session for me the one who shocked me, not shocked me I knew he was sick, but Rashford.

‘This guy… I’ve never seen someone move so quickly with a football at his feet, it’s like lightning speed.

‘I can’t explain it, if he’s running at you one versus one it’s game over.

‘If he really wants to go at you and hurt you, he will.’