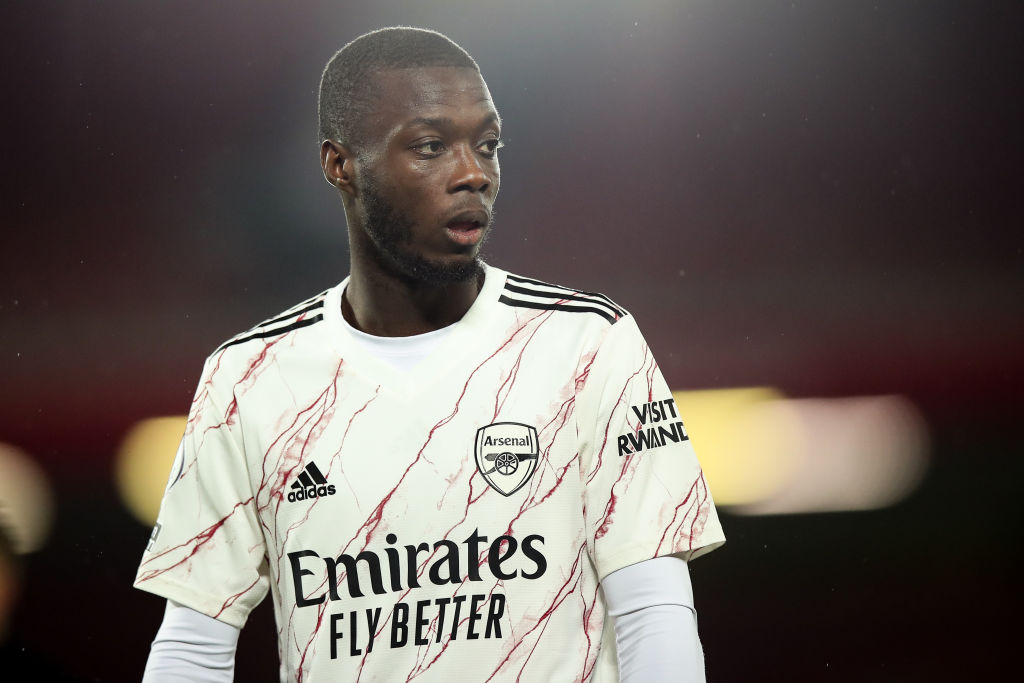 Arsenal are open to selling Nicolas Pepe if they receive a suitable offer, according to reports.

The Ivory Coast international was signed in a £72 million deal from Lille last year.

But after scoring 35 goals in 74 Ligue 1 appearances for the French club, Pepe has found it difficult to make an impact following his move to the Gunners.

The 25-year-old has started just two Premier League games this season and is now suspended for three games following his red card in the goalless draw with Leeds United last weekend.

According to the Daily Star, Arsenal have now decided to offload Pepe if a suitable buyer is found.

The report claims that the Gunners’ hierarchy ‘are now convinced they committed far too much cash’ to sign the winger from Lille.

It’s reported that Arsenal are open to a player-plus-cash deal, or a loan which includes an obligation to buy.

Despite his inconsistent performances, Pepe impressed Mikel Arteta this week after he scored in the 3-0 win over Molde in the Europa League.

‘I am really pleased,’ said Arteta.

Pierre-Emerick Aubameyang admits he does have a preferred position

‘After the disappointment of something negative, you want to see a reaction and I could see from the first minute with his body language that he was ready to act.

‘I think he had a great performance, he scored one goal and could have scored another one or two.

‘He created some good moments in the game and worked really hard for the team, so I really like it, I am pleased with that.’