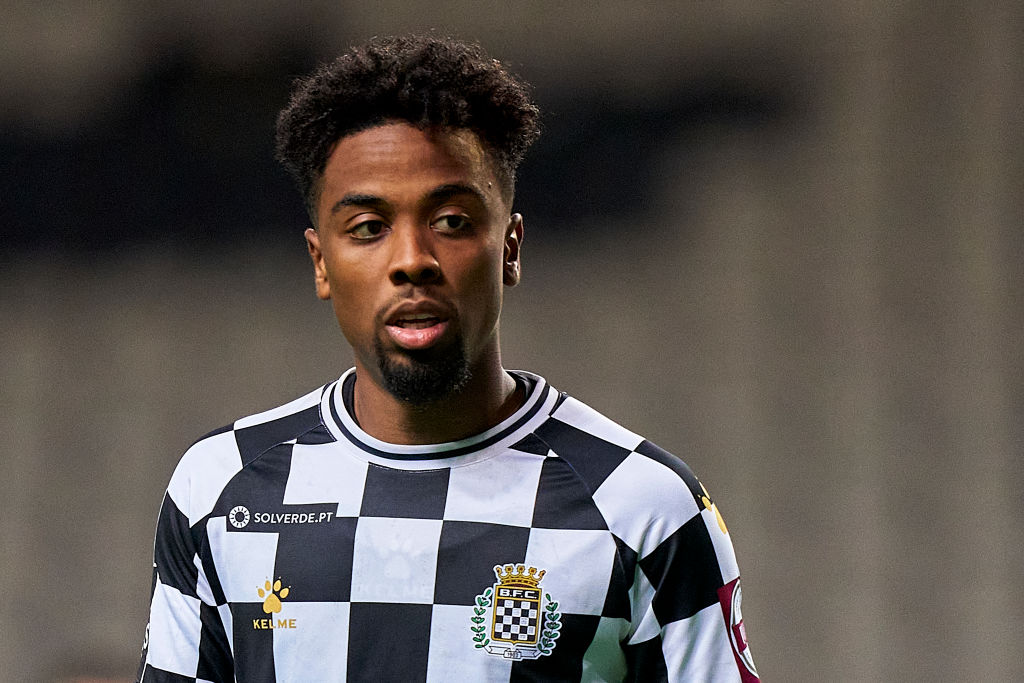 Angel Gomes says he left Manchester United ‘for a fresh start’ after rejecting their offer to join Lille in the summer.

The winger joined United’s academy at the age of six and made his first-team debut in 2017, becoming the youngest player to play for United since Duncan Edwards in 1953.

And with his contract due to expire this summer, Gomes made the decision to leave Old Trafford on a free transfer for Lille, who immediately loaned him out to Portuguese side Boavista.

In an interview with The Independent, Gomes said of United: ‘It’s such a special club but I just wanted to be able to play and express myself.

‘I was offered a great contract, I had all my family and friends around me, but I decided that I was willing to sacrifice that to pursue a different path.

‘It’s hard to understand how difficult a decision that was.

‘I’m still a United fan. I still watch every game now, whether it’s the first team or the Under-18s.

‘I could have stayed and gone out on loan but it just felt like I needed a fresh start.

‘Football is like a rollercoaster and I went through a lot of highs.

‘I had the right people around me and I stayed grounded, but when you hit a few lows it starts to build up on you.

‘It can be hard to show your emotions and you’ve got to just keep giving your all in training.

‘But when you go home, deep down you know you’re not quite the same as normal.

‘I’m usually very bubbly and your family notice those little changes in you.

‘I wanted to get back to where I was and find happiness in my football.’