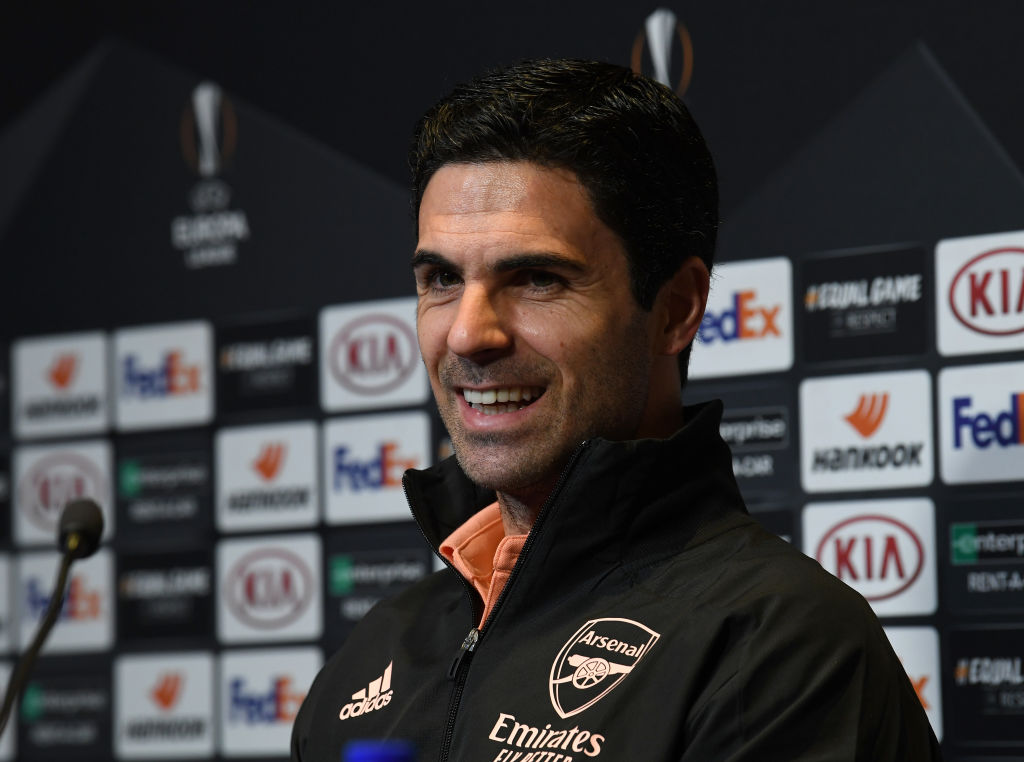 Mikel Arteta has praised Reiss Nelson following the winger’s display in Arsenal’s 3-0 win over Molde in the Europa League on Thursday evening.

Second-half goals from Nicolas Pepe, Nelson and 19-year-old forward Folarin Balogun sealed victory for the Gunners, who are now guaranteed a place in the knockout stage.

Nelson, who was making only his third start of the season, delivered an encouraging display against the Norwegian side.

And Arteta has hailed the 20-year-old’s mentality after he refused the chance to leave Arsenal on loan for a second time.

‘He’s made some big steps in the last month or so. He’s shown what he can do,’ Arteta said after Arsenal’s win over Molde.

‘Again, he’s another player that wants to take you on all the time, he’s very vertical, he’s a great player when he runs in behind and he’s very unpredictable. I really like these types of players to play in the wide positions.

‘Defensively, there are things that he needs to do better and he will improve in that but he’s a much more mature player.

‘He showed a great attitude, in my opinion, to say that he didn’t want to leave on loan because he believes that he’s got a chance to play for this football club.

‘He’s showing that he wants to take that direction. He’s performing in the right way.’

Asked if he’s spoken to Nelson about where he can improve, Arteta replied: ‘Yes. We’re doing a lot of work with him, obviously.

‘He’s so willing. He’s asking for more all the time. He wants individual meetings. He wants to work on the pitch in certain aspects in which we think he can improve.

‘He’s training really really well, he’s developing as well. He had a click and we needed that click.

‘Now it’s up to him but I must say that his last performances have been really good.’