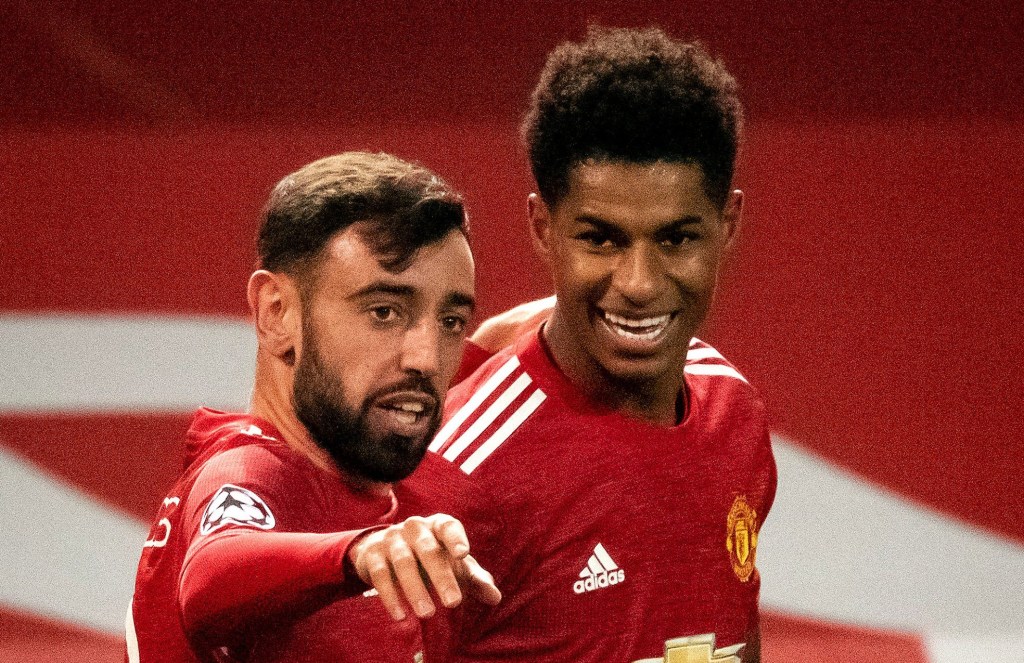 Marcus Rashford admits Manchester United’s penalty taker could continue to change after he took a spot-kick ahead of Bruno Fernandes this week.

The Portugal international surprisingly passed up the chance to score a first-half hat-trick in the 4-1 victory over Istanbul Basaksehir in the Champions League on Tuesday evening.

In a previous Champions League game against RB Leipzig last month, Rashford allowed Anthony Martial to take a penalty ahead of him.

And the England forward is keen for multiple players in the squad to keep scoring in order to keep confidence high.

‘There was a similar situation during the Leipzig game when I could have got my first career hat-trick,’ Rashford told Stretty News.

‘As a striker your confidence comes from scoring goals consistently and for that reason it was important Tony [Martial] had the opportunity to get on the scoresheet.

‘Thankfully I got the hat-trick and we got a fantastic result against a very tough team but what was important at the time was that the team felt good, confident and motivated to push on with the upcoming run of fixtures.

‘It’s a really busy time and we all play a role in the team’s success.’

Manchester United given double fitness boost ahead of Southampton clash

Dimitar Berbatov picks out Bruno Fernandes’ only weakness: ‘He can improve a bit there’

Fernandes, meanwhile, admits he gave up the penalty as he is keen to see Rashford end as the Champions League’s top scorer this season.

‘Of course, everyone wants to score a hat-trick but after the game in the Premier League [against West Brom] I told Rashy the next one he will take,’ said Fernandes.

‘I remembered that and also because he is one of the top scorers in the Champions League.

‘I think it will be important for him to keep going there and taking that confidence.

‘As I say, it doesn’t matter who takes the penalties. The most important thing is scoring and the team scores. When the team scored I score too.’

Speaking about the decision between Fernandes and Rashford, Solskjaer said: ‘Marcus is a very good penalty taker as well, Bruno is very confident, if Bruno feels he wants to give it to Marcus, so be it.’