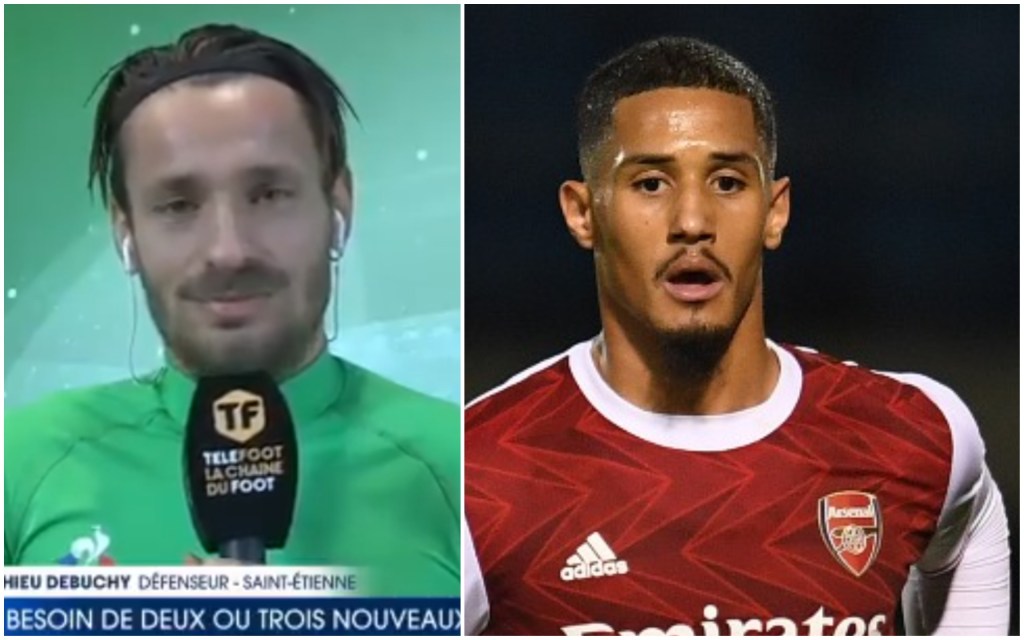 Former Arsenal defender Mathieu Debuchy insists William Saliba would be ‘welcome’ back at Saint-Etienne in January.

Saliba was signed in a £27 million deal from Saint-Etienne last year and remained on loan with the French club last season.

The 19-year-old made the move to England in the summer and began trainign with the first team but he has not yet been handed his Arsenal debut by Mikel Arteta.

Earlier this month, Arteta admitted that he was unhappy with Saliba’s situation and said he would consider allowing the defender to leave in the January transfer window.

Saint-Etienne had attempted to re-sign Saliba in the summer but accused the Gunners of stalling the deal, which meant the move failed to materialise.

The French club have retained their interest and are expected to make a fresh approach in the New Year.

And Debuchy, who made 30 appearances during his short spell at Arsenal and now captains Saint-Etienne, has endorsed Saliba’s return to the Ligue 1 side.

‘I’m sure in the current state we need two or three players to complete this squad,’ Debuchy told Telefoot.

‘Whether it is in defense and perhaps also in attack. I trust the coach to provide these solutions.

‘William… we know his qualities. He was very impressive at St Etienne.

‘Unfortunately for him at Arsenal the start didn’t go the way he wanted it to, I think.

‘There is William, there is Wesley [Fofana], these are two defenders who left us and who did incredibly well so it was loss.

‘If William wants to come back this winter he will be welcome and he will have the advantage of knowing the team.’