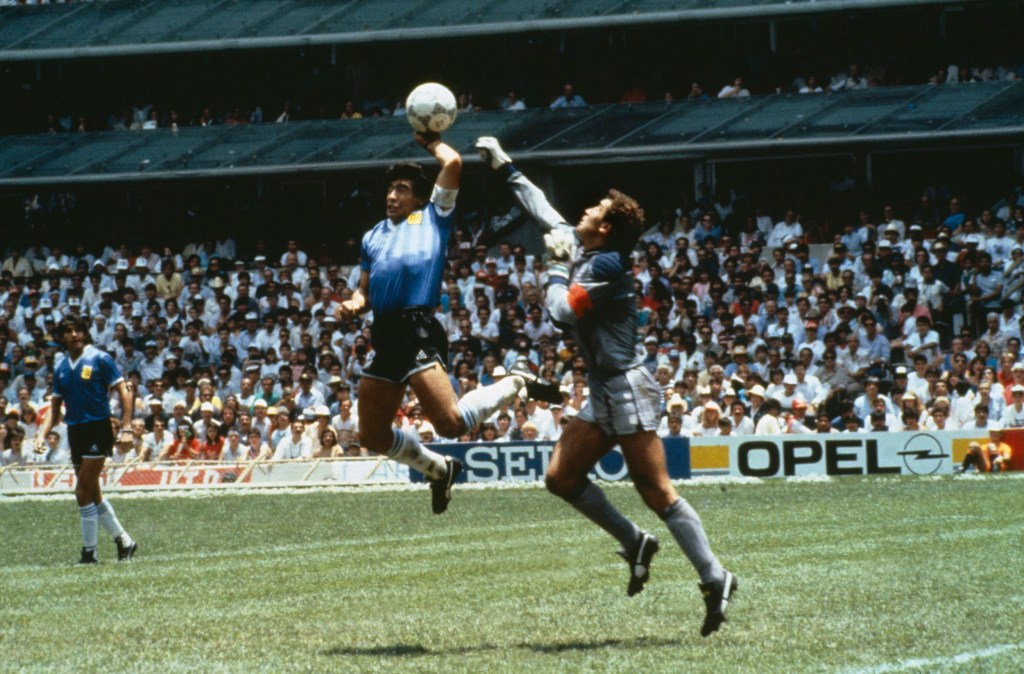 Peter Shilton admits he’s unhappy that Diego Maradona never issued an apology for his ‘Hand of God’ goal against England at the 1986 World Cup.

Maradona’s infamous goal where he punched the ball past Shilton helped knock England out of the competition in the quarter-finals.

Although just four minutes after Maradona had bent the rules to put his side ahead, the Argentine scored one of the greatest goals in World Cup history as he dribbled from his own half through the entire England defence.

Maradona tragically passed away on Wednesday after suffering a heart attack at his home in Buenos Aires.

But following the Argentine’s death, Shilton still insists that Maradona showed ‘no sportsmanship’ after his nation’s success 34 years ago.

‘My life has long been linked with that of Diego Maradona – and not in the way I would have liked,’ Shilton wrote in his article for MailOnline.

‘But I am saddened to hear of his passing at such a young age. He was undoubtedly the greatest player I ever faced and my thoughts are with his family.

‘It has bothered me over the years. I won’t lie about that now. People say I should have cleared the ball anyway and that I let a smaller man outjump me. That’s rubbish. He had the run on me but that can happen.

‘He wouldn’t have punched it if he knew he could head it, would he? Of course not. So I am OK with all that.

‘No, what I don’t like is that he never apologised.

‘Never at any stage did he say he had cheated and that he would like to say sorry. Instead, he used his ‘Hand of God’ line. That wasn’t right.

‘It seems he had greatness in him but sadly no sportsmanship.

‘My approach to that was always the same – that I would be happy to do it if I thought he was going to apologise.

‘I would have shaken his hand. But I was never given any indication that was likely to happen.’