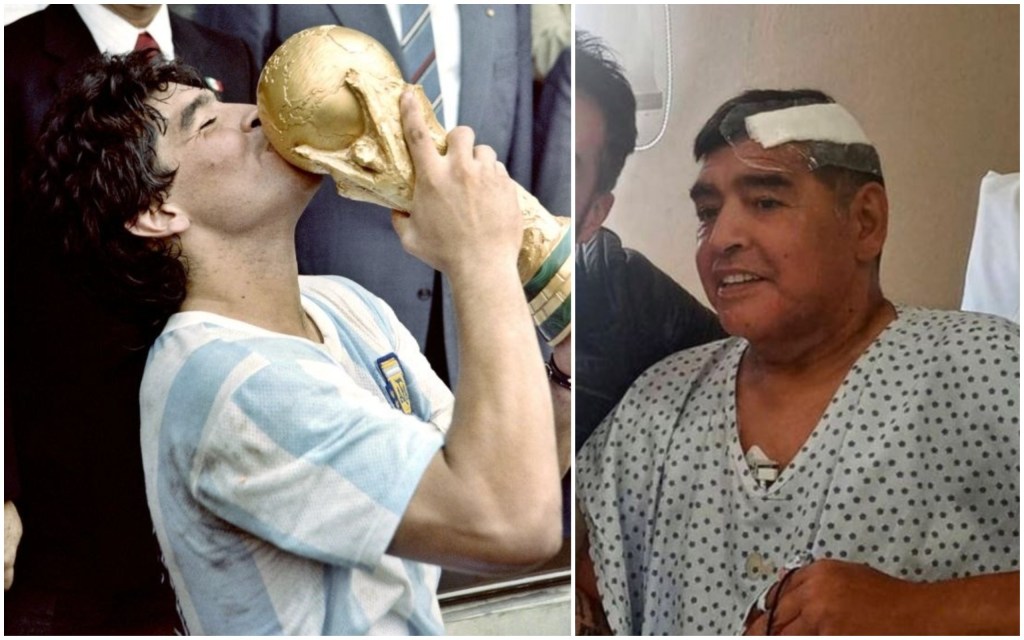 The Argentine World Cup winner passed away at his home in Buenos Aires on Wednesday just two weeks after he was released from hospital having suffered a blood clot on his brain.

Argentine television network TN report that Maradona arrived for breakfast with his nephew, Johnny Esposito, looking pale and feeling cold at around 10am.

After eating, Maradona was checked over by a doctor before he returned to bed having complained to Esposito that he was feeling unwell.

By midday, emergency medical staff were called to Maradona’s home but by then the 60-year-old was already suffering from a cardiac arrest.

Medical staff attempted to resuscitate Maradona but were unsuccessful.

After undergoing surgery on his brain clot earlier this month, Maradona was taken to a recovery clinic where he was treated for alcohol dependency.

According to Clarin, the Argentine newspaper who first broke the news of Maradona’s death, the former Boca Juniors, Napoli and Barcelona player was invited by Fidel Castro’s son, Tony, to recovery in privacy in Cuba following his surgery.

Before being hospitalised this month, Maradona was admitted to a private clinic in La Plata with signs of depression.

In one of his final interviews before he died, Maradona admitted he had been missing his parents as his father, Don Diego, died in 2015, while his mother, Dalma Franco de Maradona, known in Argentina as Dona Tota, passed away in 2011.

‘What I regret the most is not having my parents,’ Maradona said.

‘I always make that wish, one more day with Tota, but I know that from heaven she is proud of me and that it was very happy.’

Following the news of his death, tributes poured in from players and clubs across the globe for one of football’s greatest-ever players.

Lionel Messi, who was managed by Maradona during Argentina’s World Cup campaign in 2010, wrote on Instagram: ‘A very sad day for all Argentines and for football.

‘He leaves us but does not leave, because Diego is eternal.

‘I keep all the beautiful moments lived with him and I wanted to take the opportunity to send my condolences to all his family and friends. RIP.’

‘You took us to the top of the world. You made us immensely happy. You were the greatest of them all,’ he said.

‘Thank you for having existed, Diego. We’re going to miss you all our lives.’