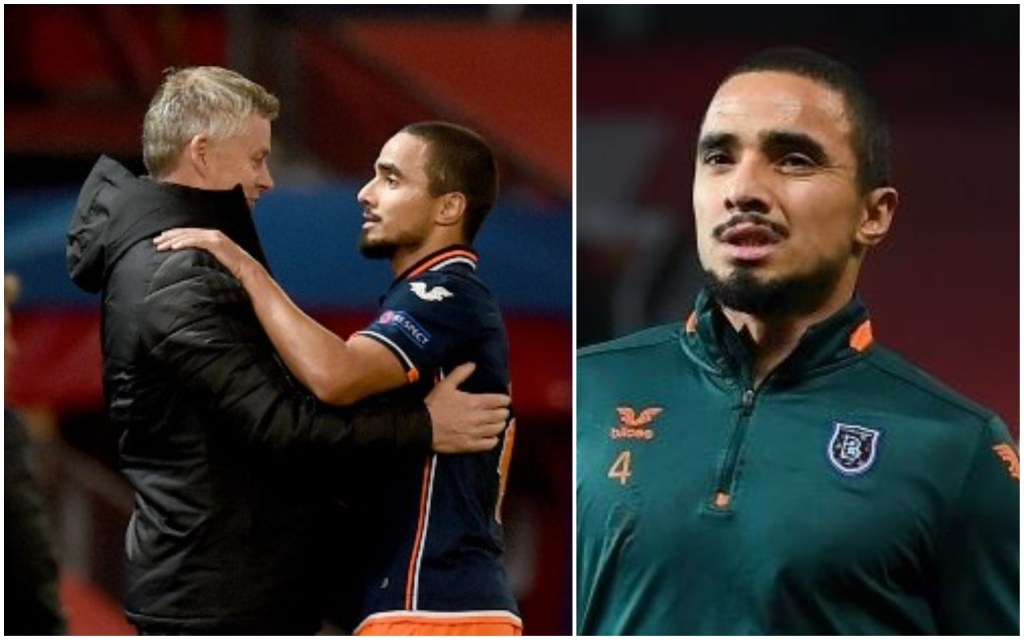 United sealed a comfortable victory over their Turkish opponents in the Champions League as two goals from Bruno Fernandes, plus a penalty from Marcus Rashford and a late strike from Daniel James, sealed a 4-1 victory.

For Rafael, it was his first return to Old Trafford since leaving United in 2015 and the Brazilian embraced Solskjaer after the final whistle.

The former United defender, who made 170 appearances during his time at Old Trafford, also had a special message for Solskjaer after the match.

The 30-year-old posted an image of his post-match hug with Solskjaer along with the caption: ‘Just hope the best for you and Manchester United keep fighting my friend like you are doing,’

‘All the best Manchester United, thank you for the warm welcome before and after the game. Love you all.’

The win keeps United top of Group H and Solskjaer’s side are now in with a good chance of reaching the knockout phase of the Champions League with two final group games remaining against Paris Saint-Germain and RB Leipzig.

‘The group is still very open,’ Solskjaer said after the game.

‘We’ve got nine, two on six points [PSG and RB Leipzig] and Basaksehir on three, so we still need points to go through.

‘One probably should be enough and three probably gives you the win, so hopefully against PSG we can secure the points we need but that’s another matter.

‘Edinson [Cavani]and Donny [van de Beek] did really well, both of them.

‘Of course I thought the whole team played really well. We found our positions and the tempo with the ball was really good.

‘We deserved the win, of course, after that first half. Second half is always different and more difficult to keep the tempo when you’re winning 3-0.’