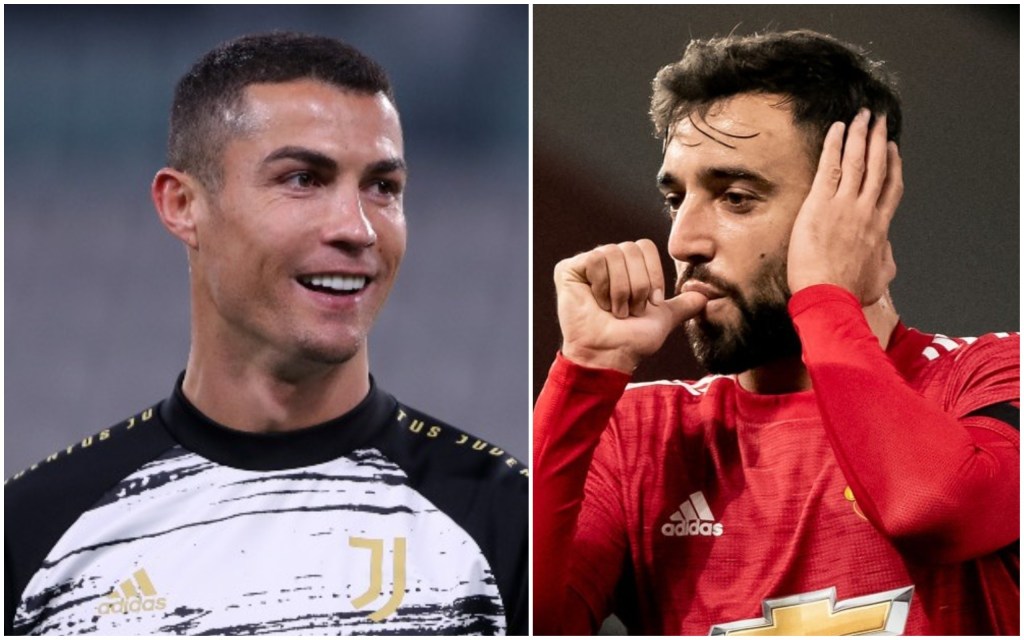 Cristiano Ronaldo is clearly a fan of Bruno Fernandes’ latest display for Manchester United as they secured victory over Istanbul Basaksehir in the Champions League on Tuesday evening.

The Portugal international scored a sublime effort on the edge of the area to open the scoring at Old Trafford before he doubled United’s lead in the 19th minute.

Fernandes then passed up the opportunity to score his first-half hat-trick a he handed his penalty over to Marcus Rashford, who put Ole Gunnar Solskjaer’s side three in front.

Daniel James struck late on to complete United’s 4-1 win, which has put them in a commanding position at the top of Group H with two games remaining.

Ronaldo, meanwhile, was also in action on Tuesday evening as he scored in Juventus’ 2-1 win over Ferencvaros.

And it appears the 35-year-old is keeping tabs on how his Portugal teammate is getting on at his former club as he delivered a rare like on Fernandes’ post-match Instagram post.

Speaking in the summer, Fernandes revealed how he consulted Ronaldo about Manchester prior to joining United in the January transfer window.

And the Portuguese midfielder also claimed that Ronaldo, who left Old Trafford to join Real Madrid in 2009, is still keen to check up on how United are getting on.

‘Every time I speak with him, he asks me how Manchester is and if everything is okay,’ said Fernandes.

‘Everyone knows he spent a lot of time in Manchester and he has consideration for the club.’

‘He was majestic on the night. Everything went through him,’ Ferdinand told BT Sport after United beat Istanbul Basaksehir.

‘The way he teases the opposition and manipulates the ball. He’s a player who Ole must be watching and thinking thank goodness we’ve got him.

‘They could have got him earlier probably kicking themselves they didn’t but he’s here now and you have sit back and enjoy it.’