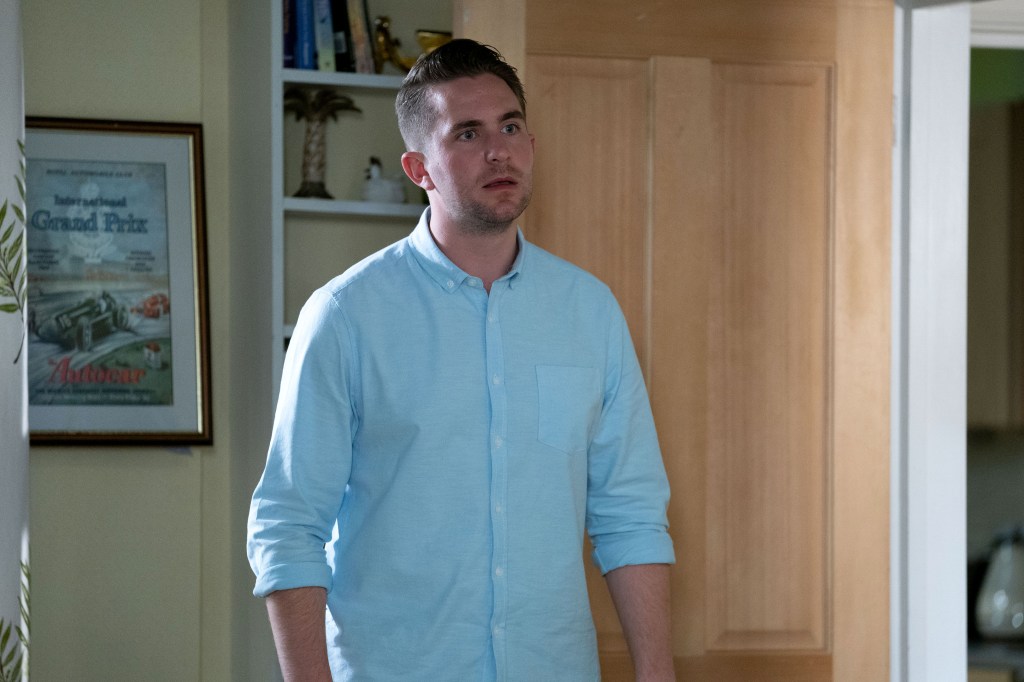 It hasn’t been the start to his career as a police officer that ambitious Callum Highway (Tony Clay) had dreamed of in EastEnders – from the off, DI Thompson has taken advantage of Callum’s connections to the Mitchell family to trap the newcomer to the force into a web of betrayal.

Callum is now stuck between a rock and a hard place as he works undercover for Thompson to bring Phil (Steve McFadden) down – all while feeling his major loyalty to Ben (Max Bowden) and his family.

With Phil having recently placed huge trust in Callum, he was able to get one over on Ellie Nixon (Mica Paris) and this cemented their bond, with Phil declaring that he is part of the family.

But Thompson has continued to be on Callum’s back and the recent heist which also involved Kat Moon (Jessie Wallace) and Kush Kazemi (Davood Ghadami) entered his radar.

Thompson has made a move in for the kill with Phil, but it backfired and now he lets Callum know that he is facing losing his job and is under review after the false 999 call.

With Thompson seething, he reminds Callum of his warning that he will easily destroy him – but what does Thompson have in store for Callum this time?

And as he takes revenge, will Callum finally tell the truth to someone about the trap he has fallen into? Can anyone get him out of this mess before he becomes another casualty of the corrupt detective?