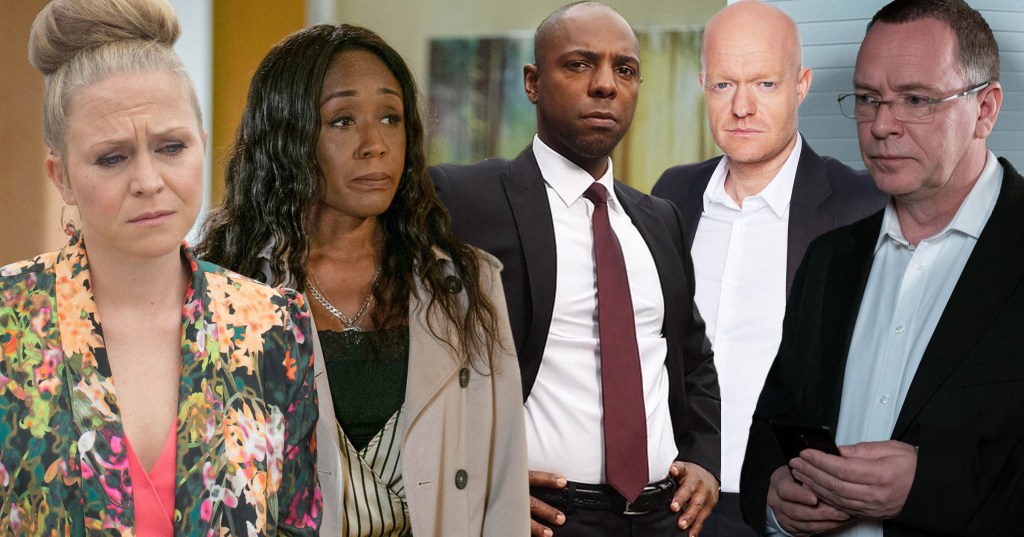 EastEnders at Christmas is always something to look out for and this year, there are so many shocks and surprises that your head will spin.

As Denise Fox’s (Diane Parish) life is turned upside down by the returns of serial killer Lucas Johnson (Don Gilet) and also her daughter Chelsea (Zaraah Abrahams), the aftermath of a murder attempt on Ian Beale (Adam Woodyatt) will be rocking many households and souring the stuffing.

Speaking of stuffing, there sounds like some romance on the horizon for one couple while another could be destroyed forever when an affair rips them apart.

A spokesperson for the show told Metro.co.uk: ‘Deck the halls with vengeance and betrayal this Christmas as the residents of Albert Square face a dark and stormy festive season once again.

‘Revenge is a dish best served cold and unfortunately for Ian, it comes by the barrel load in the lead up to Christmas when he is attacked and left for dead, in The Queen Vic.

‘With enemies everywhere, has the most-hated man in Albert Square finally pushed it too far? The fallout of the attack will see Walford in turmoil throughout the festive season with many residents suspicious of dealing the brutal blow and desperate to cover their tracks.

‘After a tumultuous year, secrets and lies are on the menu this Christmas for the Carters.

‘As Mick continues to battle with demons from his past, he fails to notice Linda, feeling more alone than ever, falling victim to temptation and turning elsewhere for comfort– will Linda’s dirty laundry be laid out for everyone to see? Or will Mick find the strength to open up before it’s too late?

‘Across the Square, Denise is preparing for her first Christmas with Raymond but the Christmas joy is short-lived as an unexpected face from the past rattles her to her core.

‘Elsewhere, new love blooms for an unlikely pairing while another couple faces new challenges as the festive season stirs up old feelings.’

Metro.co.uk can confirm that as ever, some twists and surprises will be held back until the big episodes themselves – so don’t miss them!

It’s not like any of us are going out, is it?