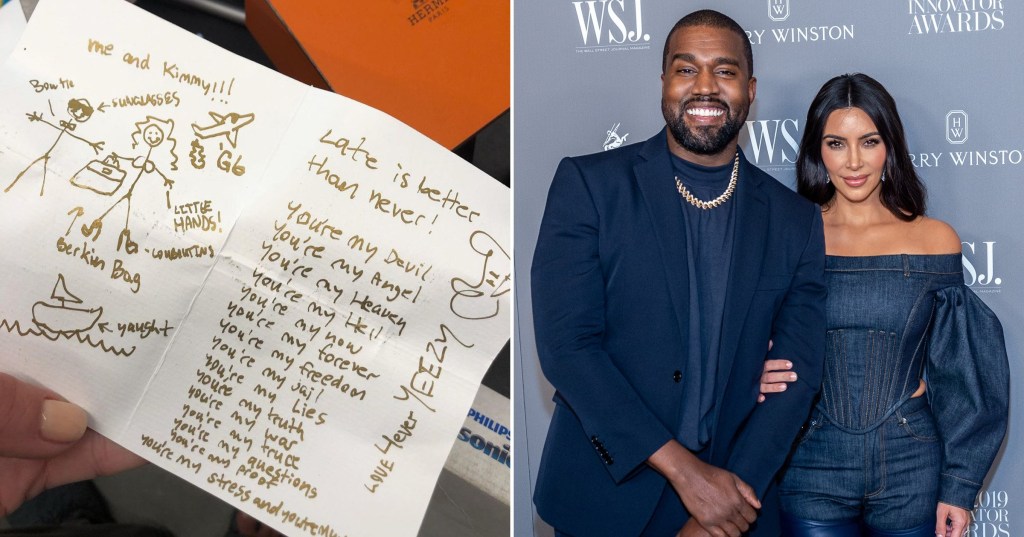 Kim Kardashian is celebrating the 10-year anniversary of husband Kanye West’s album My Beautiful Dark Twisted Fantasy – and has shared a behind-the-scenes secret into how he wrote one of the songs from the record.

The rapper released his fifth studio album on this day in 2010, which received acclaim from critics and fans, with many citing it as some of his best work to date.

To mark the occasion, Kim, 40, has revealed how Kanye, 43, got the inspiration to write Lost In The World – one of the tracks featured on the album.

Taking to Instagram, the reality star shared a snap of a birthday card she had received from her husband for her 30th birthday, which included a poem alongside a drawing of the two.

‘For those that don’t know the story behind Lost In The World…Kanye couldn’t come up with some of the lyrics but then realised he had them in a poem he had written me that was my birthday card he gave me for my 30th birthday.

‘He took the poem he wrote me and made it the song. I keep everything!’

Later sharing a lyric sheet of Kanye’s song-writing to her Instagram story, Kim added: ‘I saved every lyric sheet and note pad where he wrote lyrics.’

If that wasn’t enough, Kim even shared a throwback screenshot of a tweet she made at the time of the album’s release, which read: ‘Everyone go pick up a copy of @KanyeWest’s new album My Beautiful Dark Twisted Fantasy in stores now!

At the time, Kim and Kanye were simply close friends, with the pair later getting married in 2014, two years after they started dating.

The couple recently celebrated Kim’s 40th birthday, with the Keeping Up With The Kardashians star sharing a series of snaps of the two on the beach during a celebratory getaway.


MORE : I’m A Celebrity 2020: The Ladies win 10 stars in ‘most disgusting’ Bushtucker trial ever