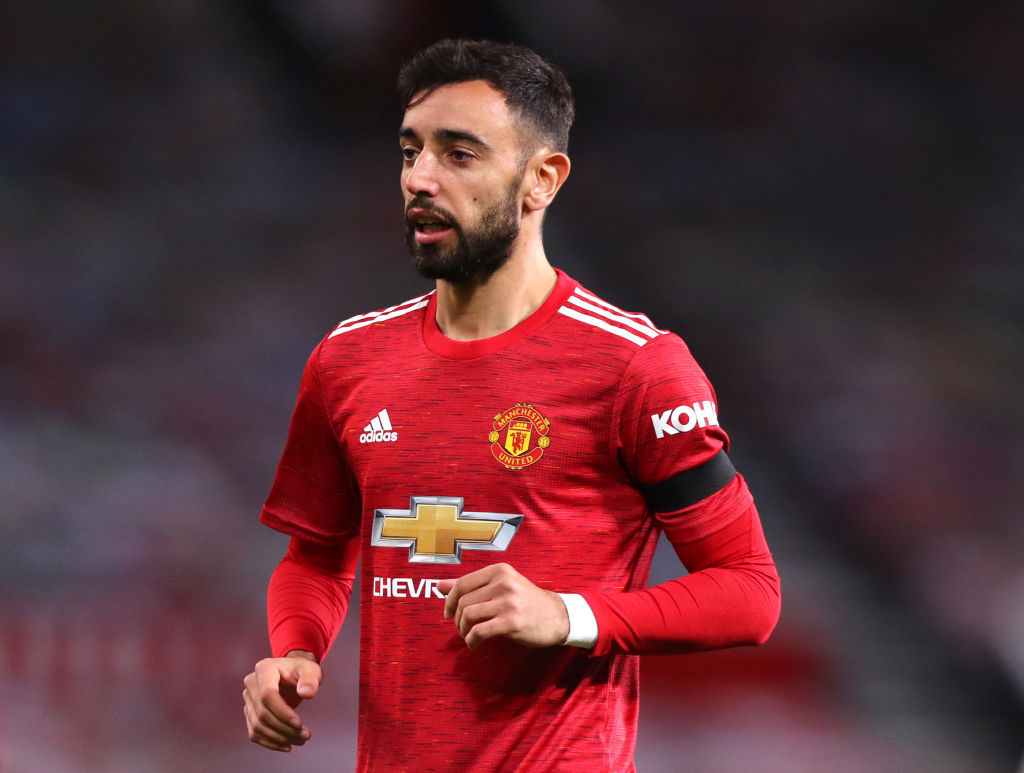 Paul Scholes says he wonders where Manchester United would be without Bruno Fernandes after the midfielder’s penalty earned his side a scrappy 1-0 win over West Brom on Saturday.

The Portugal international has become a talisman for the Red Devils since arriving from Sporting Lisbon back in January.

However, Fernandes almost cost his side after his challenge on Baggies midfielder Conor Gallagher in the box prompted referee David Coote to initially point to the spot early on in the second half.

But Coote followed advice from VAR to go to his pitch-side monitor and went on to reverse his decision.

Fernandes then had his own opportunity to score from 12 yards after Semi Ajayi’s handball led to a penalty for United.

West Brom goalkeeper Sam Johnstone was clearly off his line when he saved Fernandes’ first spot-kick, but couldn’t stop the midfielder a second time as he scored his sixth league goal of the season.

From an attacking perspective, Fernandes was once again the orchestrator for Ole Gunnar Solskjaer’s side and after the game, Red Devils legend Scholes questioned what position United would be in without their main creator.

‘You do wonder where Man Utd would be without Fernandes,’ Scholes told BT Sport. ‘Before Bruno came in, United couldn’t create a chance.’

‘Everything comes through him [Fernandes],’ the ex-England defender said.

‘He’s a player who creates and takes on responsibility. It seems like he likes that.’


MORE : Wayne Rooney reveals he was ‘prepared’ to sign for Newcastle United ahead of Manchester United