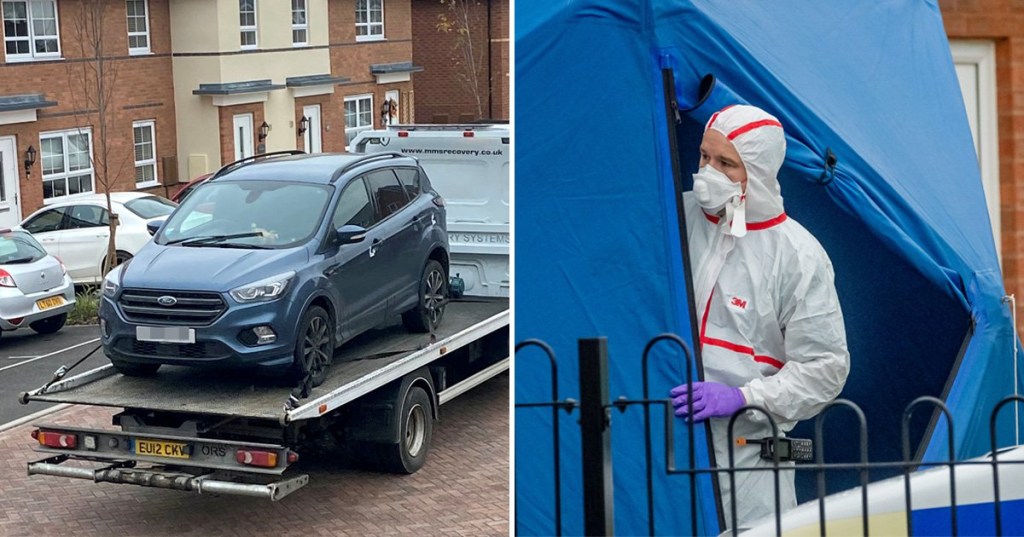 A man has been charged for the suspected murder of a woman who was reportedly stabbed to death and then run over by a car outside her own house.

Jack Notman, 27, is accused of killing the woman, 25, outside a house in Tamworth, Staffordshire.

Notman, also from Tamworth, was arrested on suspicion of murder shortly after the incident at 1.30am on Friday.

Police were called to the scene on reports of a woman seriously injured. She died at the scene but the cause of her death has not yet been confirmed.

Staffordshire Police said a man was ‘in hospital receiving treatment’ after the incident.

A local mother, 25,  who does not want to be identified told the Sun Online that she heard a man shouting before 1.30am and called the whole thing ‘horror on our doorsteps’.

Another neighbour said: ‘The poor girl’s body was left on the driveway of the house next door, and I think it is still there covered by a police forensics tent.

Another witness claimed they saw a man get into an ambulance while cuffed before the car was taken away this morning.