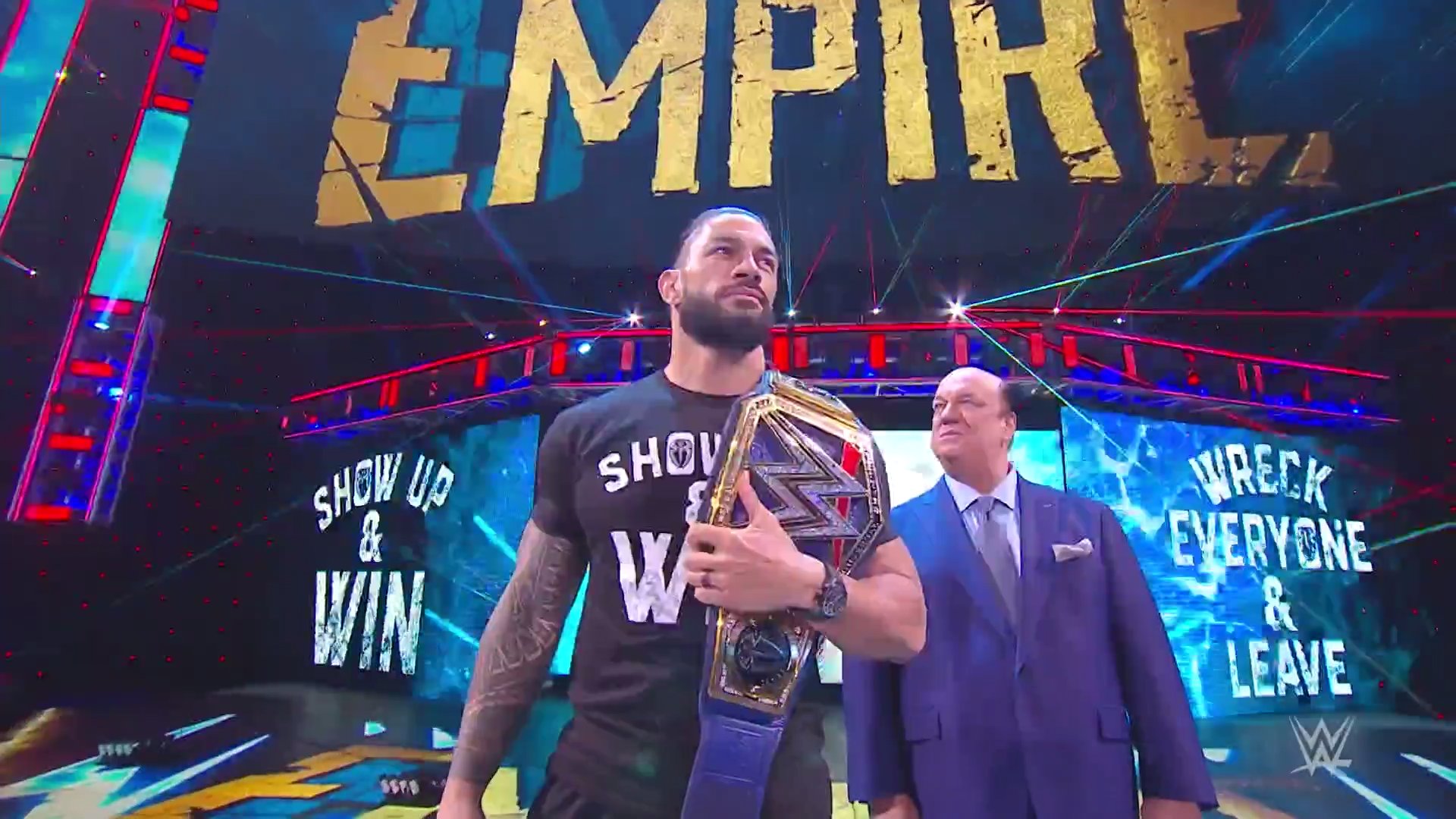 WWE had a lot of work to do for the Survivor Series go-home show, but SmackDown delivered as Roman Reigns delivered a scathing put-down to Roman Reigns.

The contract signing between the respective Universal and WWE Champions was great on a few levels, already off to a fine start with the Tribal Chief making Adam Pearce move so he could be at the head of the table.

McIntyre – who of course captured the belt for a second time after beating Randy Orton on Raw – was in a confident mood, putting his name on the dotted line before warning Reigns and begging him to underestimate him before Sunday.

The pair took full advantage of the ThunderDome setting by ditching mics and creating a more natural feel, only adding to the tense atmosphere ahead of what should be a phenomenal bout.

Roman insisted one day McIntyre would have to get used to being a secondary title holder when the Universal Champ is around, delivering a scathing and emotional response before signing and making their Survivor Series match official.

In the main event of the night, Jey Uso – headlining SmackDown for the third week in a row – took on Daniel Bryan a few weeks after he took out the Leader of the Yes Movement.

Bryan and his snazzy new haircut was up for a fight, with both men going all out in a cracking effort which ended as Bryan sneaked a roll-up win.

The victor stood tall as commentary wondered how Roman would react to his cousin failing to get the job done.

The duo were on form running down their match with Street Profits this weekend and an amusing tribute to Undertaker before Sami Zayn came out to confront them.

King Corbin joined the party, before Dolph Ziggler and Robert Roode staked a claim for the tag team titles, with New Day stirring things up and seemingly setting up a number one contender’s match with Zayn and Corbin.

Before that could happen, Street Profits came out and helped clear the ring, instead leading into a predictable but fun eight-man tag team bout with Woods, Kingston, Montez Ford and Angelo Dawkins winning before their clash on Sunday.

After the bell, Zayn got into a fiery exchange with Daniel Bryan, who would then hype up his match with Jey Uso weeks after he suffered a brutal beat down.

Otis – now aligned with Chad Gable – got picked for SmackDown’s Survivor Series team by Adam Pearce, who then told Natalya that Bayley was on the other blue brand’s squad.

Natalya got one more shot at joining the team as she beat Tamina in a very short match which sadly lacked any real drama.

Later in the show, Seth Rollins and Murphy clashed in a fantastic match bringing another chapter of the SmackDown Saviour’s long arc to an end.

The Mysterios played their parts well as the Messiah came across as utterly sadistic as ever, at one point even targeting Aaylah after taking out Rey and Dominik – but it was his former Disciple who picked up a career-defining win.

Up next, Michael Cole hosted what started as a recap of Asuka and Sasha Banks’ history this year with the two women’s champs appearing to hype up their interbrand bout on Sunday.

Thankfully, Carmella popped up to take out the Boss for the third week in a row in inject a bit of drama into this and carry on the great build for their feud after Survivor Series.