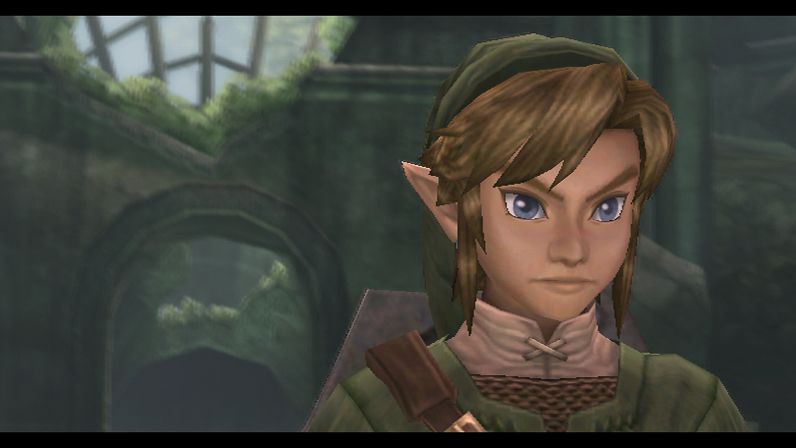 GameCentral readers discusses their most controversial opinions about video games, from dissing Rockstar to hating on Rare.

The subject for this week’s Hot Topic was suggested by reader CarrotCakeIsYum (PSN ID), who asked what things in gaming do you disagree with the majority opinion on, in terms of the quality of games, developers, consoles, or anything else?

We certainly had a lot suggestions that went against accepted wisdom but the two most common seemed to be that Rare and The Last Of Us are overrated.

It’s you, not me
It’s a weird one for me but I don’t hear from many people that don’t like Zelda games. I’ve sunk hours into A Link To The Past and Breath Of The Wild but don’t get a sense of enjoyment, more of a chore. I can appreciate how good the games are and the depth, but I just don’t personally enjoy playing them and I really want to like them.

Also, old school classic games. Whenever I play a new one, like Super Metroid or Donkey Kong Country I just can’t get into it but I can play games I loved first time like Super Mario World and Bubble Bobble all day long. Is it just me?!
Stone Cold Steve Austin

Rare opinion
This certainly never used to be a popular opinion, I’m not quite sure how it’s viewed nowadays, but I have never understand why Rare are held in such high esteem. I mean, I do. It’s because their graphics used to be really good but the only games of theirs I’ve ever enjoyed are GoldenEye 007 and Perfect Dark, which are very different to their usual output.

I particularly never understood during the N64 era why all their other games were just clones of Nintendo games. If you’re so good why do you keep copying the company that owns you? Banjo-Kazooie even had levels that were identical in theme like Super Mario 64. Sure, the graphics were better but it never played anywhere near as well.

Nowadays they’re even worse, which is why I’m not sure how they’re really viewed by most people but I know that if I see they’re involved I’m automatically less interested in the game.
Otis

Rocking the boat
Controversial opinion? OK, how about Rockstar are terrible at making video games and telling stories? They’re amazing at making open worlds and writing dialogue but that is only half of the equation and their hopeless about using those skills to make a compelling story or a game that plays anything above bare average.

Grand Theft Auto doesn’t even really have a plot or story as such, just a long series of largely unconnected vignettes that build up to nothing. And whatever point they were trying to make in Red Dead Redemption 2 is lost in hours worth of pointless side stories and the fact that most of the important character development takes place off screen. Then you have to spend another dozen hours at the end in the slow realisation that the whole point of the game was just to segue into the beginning of the first game, in a way that adds no additional insight whatsoever to the character of John Marston.

And don’t start me about the gameplay. Terrible melee combat, barely competent gunplay, and floaty car mechanics. Nothing about Grand Theft Auto or Red Dead Redemption is fun to play in terms of the gameplay. It’s fun to ride/drive around and take in the amazing worlds Rockstar create, but to play? I can’t think of another popular game with worse mechanics.
Franz

X marks the failure
My unpopular gaming opinion is that Microsoft have done nothing good for gaming for years and I hope the Xbox Series X is a failure.

I owned the first two Xbox consoles and, Red Ring of Death apart I got a lot out of them both. But the Xbox One reveal PR disaster soured me on them really and I’ve not considered purchasing any of their consoles since.

Rather than try and learn from the failure of the Xbox One, they’ve doubled down and released an even less interesting platform, which seems to me to have the least USPs of any major console in living memory.

Not very many people bought the Xbox One, so I don’t understand how they are proposing to make a console that doesn’t offer much different to that one a success outside of marketing it better. For me, Microsoft, or certainly their Xbox division, have just reverted to behaving like your stereotypical endgame capitalism-exemplifying big American corporation, which is very disappointing from an organisation which for many years was an innovative market leader.

I don’t think Sony have behaved a great deal better – you could certainly level some of the same criticisms about lack of innovation at them, (the PlayStation 4 especially) and £69.99 for a game is very questionable. But, with DualSense and a few exclusives they do at least seem to be trying to offer a new experience, rather than trying to get by exclusively on Game Pass and incremental improvements, which seems to be the Microsoft strategy now.
Charlie

Falling off a cliff
My unpopular gaming opinion (at least according to official reviews) is that Final Fantasy 7 Remake is actually quite boring.

My main annoyance is that the storyline changed (however not because they ruined the classic, I appreciate they had to do a new twist) but that the characters went from struggling to take down some security grunts to jumping through time and space to destroy fate itself.

Also, in pretty much every single chapter, at some point a main character happened to fall off a ledge who is then caught by another character in a cut scene which was behind cheesy and repetitive.

I felt there wasn’t enough variety, side quests or freedom, however every review I’ve read and a lot of online comments say how brilliant it is.

Bad Dog
The Last Of Us isn’t all that.

I recently completed The Last Of Us Remastered, having had it in my backlog for far too long I feel that I really had to give the game the time and attention it deserved, especially given the reputation it has and how well regarded it is.

For the most part, I enjoyed the gameplay – coming off the back of Uncharted, and using a modified version of that game’s general gameplay system, it felt familiar, but still with enough changes to give it an identity of its own. I liked the generally slower pace of gameplay, I felt that overall it suited itself well to the horror/survival vibe.

The story though… this game is fabled for how much of an emotional rollercoaster it is, and for me, it really lives and dies on this hill. The opening moments are incredibly charged, and it definitely takes your breath away and sets the tone, but I don’t feel that the game came close to matching that again because every single twist and turn thereafter was so predictable. I won’t spoil any of the key plot points, but needless to say, I was expecting to be blown away given all of the hype and I left really disappointed – and the gameplay really isn’t enough on its own to keep this game afloat.

I’ve yet to play The Last Of Us Part 2, but I will be getting onto it soon. There’s quite a lot of negative opinion floating around about that one, so I’m half expecting it to be miles better. Cheers!
DevilsNeverCry (PSN ID)

Ocarina Of Time is not the best Zelda – that’s clearly A Link To The Past.
Sven

Catch up on every previous Games Inbox here

Partially contrarian
I don’t consider myself to be (completely) contrarian but I found it hard to just settle on one potentially controversial view. I’ve selected a few general highlights and some more specific ones.

Some more specifics highlights include: