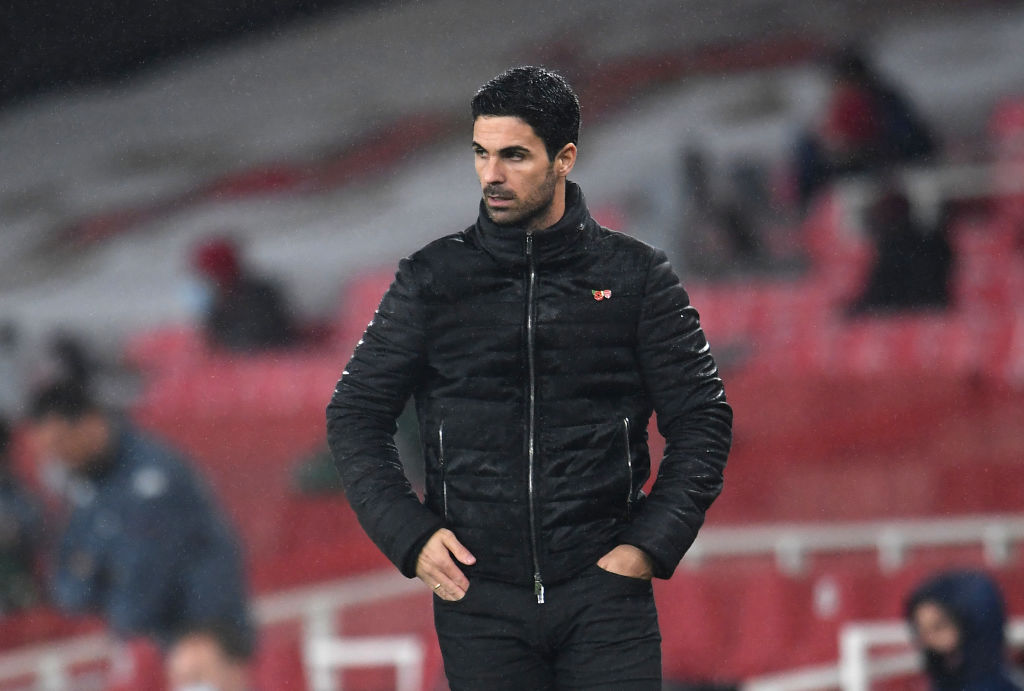 Arsenal manager Mikel Arteta has vowed that there will be ‘consequences’ for the mole who leaked the reported training ground bust-up between Dani Ceballos and David Luiz.

The pair were not sent away on international duty for their countries and continued training at London Colney over the last fortnight.

The Athletic claimed that Luiz was unhappy with a challenge made by Ceballos in a practice match last Friday and reacted by hitting his team-mate on the nose, drawing some blood.

And speaking ahead of Arsenal’s clash against Leeds United on Sunday, Arteta promised to find the source that leaked the details of the incident.

‘I don’t like the fact that that incident comes out at all,’ the Spaniard said.

‘I will find out where it is coming from and if that is the case, that goes completely against what I expect from each other, the privacy and the confidentiality that we need, and there will be consequences.’

Arteta played down the altercation and insisted that there is ‘no problem’ between the two players.

‘Training is very competitive and issues happen a lot of times,’ he added.

‘Those things get resolved immediately within the team and there is not much to say.

‘There is no problem at all.’

The Gunners will be looking to get back to winning ways when they travel to Elland Road this weekend.

Before the international break, they were beaten 3-0 by Aston Villa at the Emirates Stadium, leaving them down in 11th place in the table.