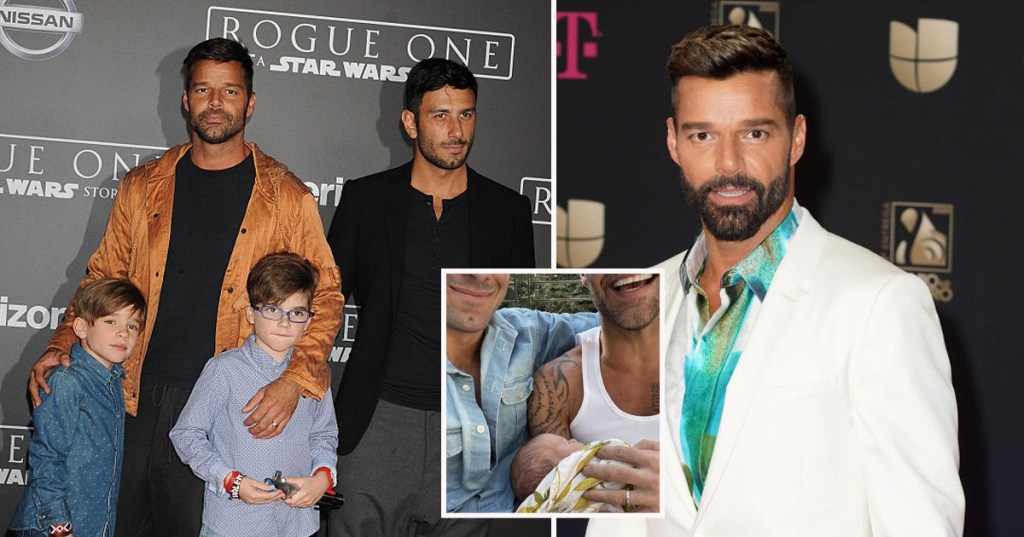 Ricky Martin is already a proud dad of four, but just in case he decided to expand his brood, he’s revealed he has a ‘couple of embryos waiting’ for him.

The Livin’ La Vida Loca hit-maker, 48, has confessed he loves a ‘big family’ and isn’t yet sure whether or not to have more children with husband Jwan Yosef.

Ricky, however, has made sure that the couple do have the option to have more children in the future, if they so chose.

Opening up to Entertainment Tonight, Ricky revealed: ‘Some people think I’m crazy, but I love a big family and I have a couple of embryos waiting for me… I don’t know. That’s all I got to say.’

He teased:’Jwan is going crazy at the moment, but it’s okay… don’t tell him!’

The star also revealed that he would consider adopting in the future too.

‘Many years I dreamt of being a father, and many, many, many times I went through this grieving process of, “I am gay, I am a closeted gay man, and I’m not going to be able to be a daddy.”

‘Obviously adoption is an option and it’s very beautiful, but unfortunately for gay men it’s very difficult to adopt in some countries.’

Ricky, who said he feels ‘very lucky to have the family that I have’, and Jwan welcomed their four children via a surrogate.

They are parents to twin sons Matteo and Valentino, 12, daughter Lucia, two, and son Renn, one, who was born in October 2019.

Ricky previously revealed that he has been honest with his sons about them being born via surrogacy.

In a radio interview on Univision Mix 98.3, the artist explained that one of his sons had asked: ‘Dad, was I in your belly?’ to which Ricky replied: ‘You were in my heart and you are still in my heart.’

He said he explained further, telling his son: ‘There was a woman that I adore with all my heart that helped me bring you into the world. She lent me her belly so that you could come and when you were born she put you in my arms.’

Asked what his son’s reaction was, Ricky revealed: ‘He said, “ah ok,” and he kept playing.’

Ricky and husband Jwan confirmed they had tied the knot in January 2018 – two years after announcing their engagement on The Ellen DeGeneres Show.


MORE : Demi Lovato switches up her look with seriously fierce shaved head as she brushes off Max Ehrich split