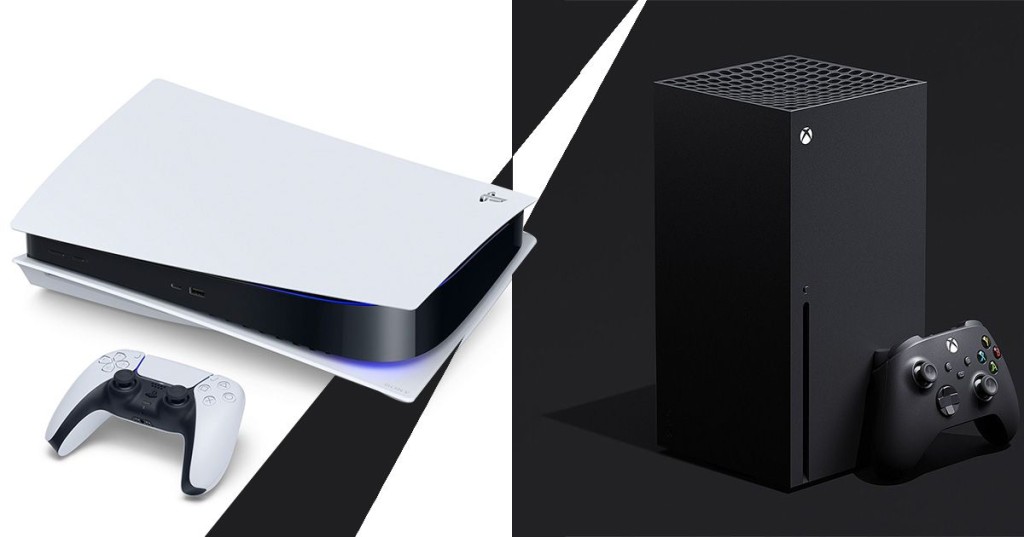 Now that both next gen consoles are out GameCentral tries to compare the two and discovers it’s surprisingly hard to find common ground.

They might be impossible to find in shops at the moment, but the Xbox Series X/S and PlayStation 5 are now out in all major markets around the world and the next generation has finally become the current generation. The Xbox One and PlayStation 4 will remain relevant for at least a couple of years but now the slow transition begins, from the old consoles to the new. Many gamers will be keen to get at least one this year but having to choose between them is a very difficult decision.

As usual, all the talk about one console being more powerful than another has amounted to nothing. And while there are only a few direct comparisons to make so far at least one major multiformat game – Assassin’s Creed Valhalla – seems to run better on the PlayStation 5, despite the Xbox Series X being more powerful on paper. But that never means much in practical terms as time, money, and marketing pressures all have their own influence on game development.

Perhaps Xbox Series X games will show some small advantage in the future, or perhaps the PlayStation 5’s faster SSD will make a similarly minor difference, but it already seems likely that in terms of graphical power – which is, for better or worse, the first thing most people look at when buying a new console – the two consoles are so similar that it’s not a significant enough factor to base a decision on.

The other obvious reason to buy a new console is the games and in that regard the PlayStation 5 is so far ahead of the Xbox Series X/S there isn’t even anything to compare. The most high profile launch title on the Xbox is the cross-gen and multiformat Assassin’s Creed Valhalla, while the PlayStation 5 has the best launch line-up ever on a Sony console, including excellent first party exclusives such as Demon’s Souls and Spider-Man: Miles Morales.

The only first party Xbox game that we’ve seen any substantial gameplay of so far is Halo Infinite, whose most recent public showing was so bad the game ended up being delayed well into next year. If you’re happy to buy a console purely for its launch line-up, and the promise of a number of equally enticing games due next year, then the PlayStation 5 is the only choice. But for most the issue is not that simple.

The PlayStation 5 is a great console and its controller, the DualSense, an unexpected highlight of the new generation. But its high-end first party games cost £70 and that is not something that can be easily ignored. Especially when the most appealing aspect of the Xbox Series X/S is the Game Pass subscription service, where all the games are free.

There are many differences between how Microsoft and Sony see themselves and the games industry, but Game Pass is at the heart of it all. Microsoft now consider consoles to be only one part of a wider Xbox ecosystem that includes PCs and, increasingly, streaming via other devices. Microsoft doesn’t plan to make its money or promote its games by selling individual titles but a whole package, a set of services that includes not only its attempt to be the ‘Netflix of gaming’ but also backwards compatibility that stretches through two decades of consoles.

Sony though, fresh from its dominating success with the PlayStation 4, wants to keep things largely the way they’ve always been, luring people into buying its new console by offering critically acclaimed game that are only available on PlayStation. It’s by far the most attractive offer at the moment and yet at the same time it already seems old-fashioned, refusing to acknowledge the obvious benefits offered by Microsoft’s approach – with Sony grudgingly enabling backwards compatibility for the PlayStation 4 alone and showing no signs of turning PlayStation Now into a true Game Pass equivalent.

Of course, the perfect console would be the best of both worlds: top notch first party support with Game Pass and all the trimmings. Microsoft seems to agree too, given how much it’s been spending on increasing its stable of first party developers (it spent $7.5 billion on just Bethesda) but it’s completely baffling as to why they didn’t do that at least five years ago, so that they could’ve started the new generation with some actual new games.

Their inactivity during the Xbox One generation probably has some boring business explanation (presumably Phil Spencer only got the budget to go on a spending spree comparatively recently) but it’s lost them time that is going to be difficult to catch up on. It can be done though, certainly with the sort of money Microsoft has access to – an advantage that Sony can never hope to match.

While the PlayStation 5 is likely to take all the attention at the beginning of this generation it would not be surprising at all to see Xbox Series X/S catch up after a few years, when its first party games come into bloom and Game Pass becomes ever more expansive.

And for gamers that’s a very good thing. Not only would you have both companies desperate to outdo each other – to impress you as a potential customer – but, assuming things stay as they are, you’ll have a choice between two very different formats that are distinguished by far more than just a couple of different exclusive titles.

There’s a real philosophical difference between the Xbox Series X and PlayStation 5 and even if they both end up meeting in the middle by the end of the generation, that’s still a far more exciting starting point than last generation – where Sony won by a landslide simply by not missing the open goal that Microsoft left for them.

Teen, 19, rushed to hospital after being shot outside London station

Even if you get turned off by all the PR bluster the fact is Sony’s first party games are really good and the Xbox Series X really is excellent value for money. Whichever approach you prefer you won’t be disappointed by the consoles at launch and that is saying a lot considering it took the best part of two years for the previous generation to get interesting.

More importantly, if things are looking this rosy at the start of this generation it gives hope that the future of the new consoles will be brighter than any that have come before them.


MORE : London Tube signs have been turned into PS5 symbols for launch


MORE : PS5 consoles are being delivered early in UK and Ireland