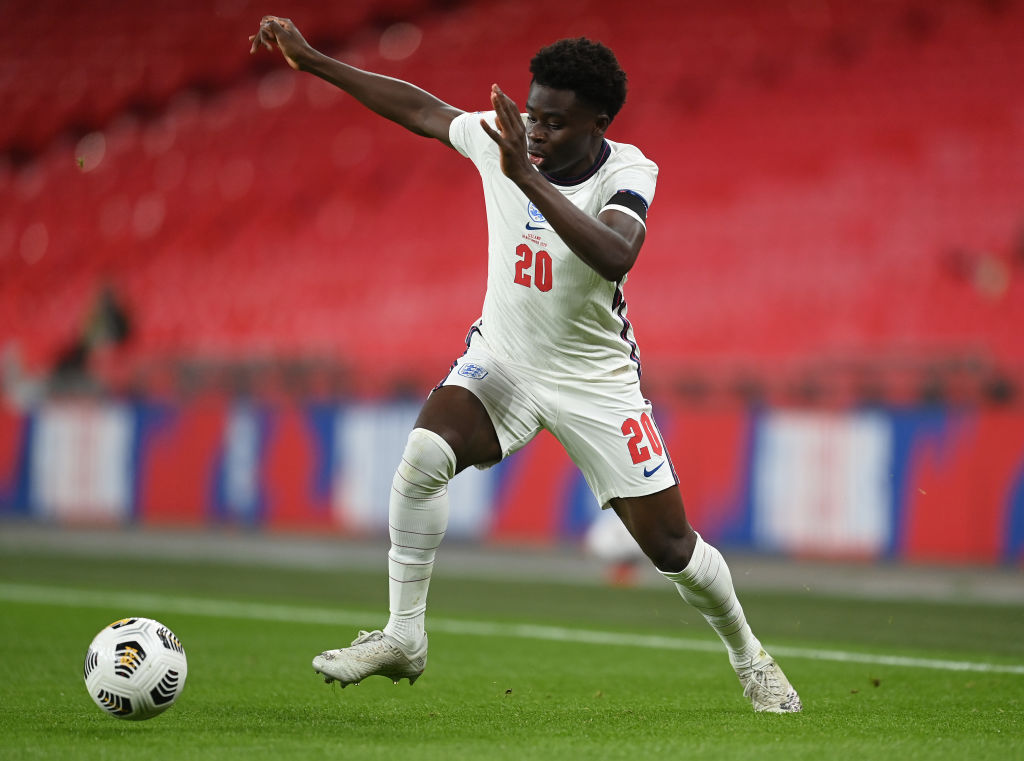 After consistently impressing at club level for the Gunners, the 19-year-old took his chances for his country, impressing in games against Ireland, Belgium and Iceland over the past week.

Saka is stating his case to start at left wing-back for the Euros next year, and Southgate praised the youngster’s impact for the Three Lions.

‘To see Bukayo again was a real plus,’ Southgate told Sky Sports after the Nations League clash.

‘I think he has really had three excellent performances this week, for someone so young especially.

‘It gives us good balance to have an attack-minded player in that position, it is really helpful.’

Southgate’s side put Iceland to the sword at Wembley. Declan Rice glanced in his first goal for his country, with Mason Mount’s adding a second before Phil Foden’s double opened his account for the Three Lions and sealed the win.

And given their array of youthful talent, the England boss is expecting his team to get even better in the next few years.

‘I think over the last few days their talent has been outstanding,’ the England boss added. ‘It was a very difficult game, all the players were hearing messages that this is meaningless and there was nothing to play for but they did play for it, there were big opportunities for young players but also for some older players.

‘We’re still trying to build and improve all the time. There was lovely football and it was good to watch and it was good for the young ones to get the goals – very special for them.

‘The squad that we’ve had over the last three months is going to peak in the next three to five years and they’ll get a lot more club experience and international experience. We’ll invest the time in them. There are some very good senior professionals as well.

‘We are still working on the balance of players for the system. Our attacking play was very, very good.

‘If it’s a headache about having good players in the side then that’s a good one to have.’