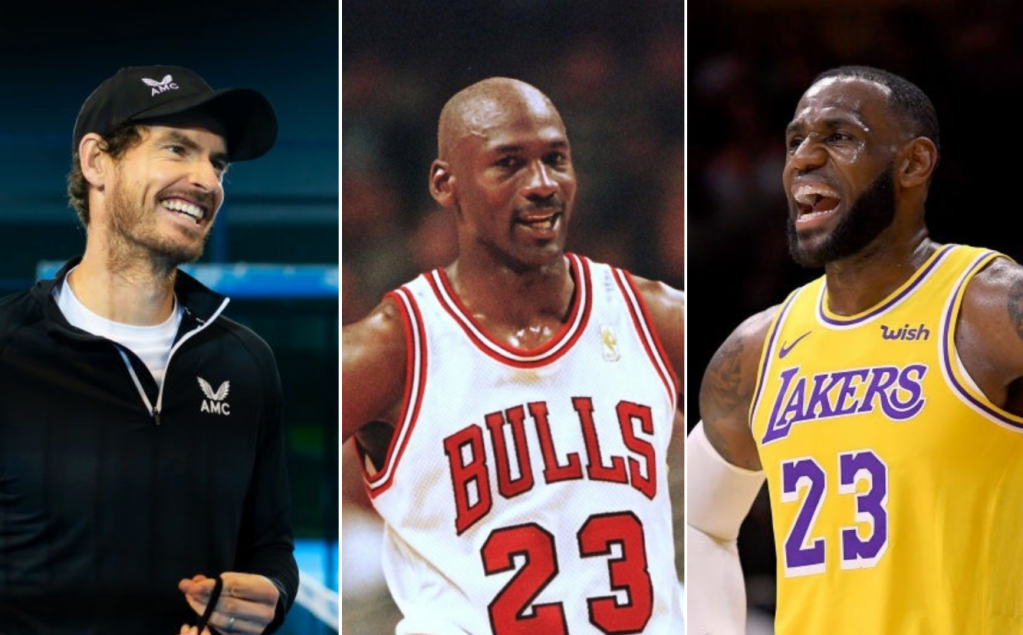 However, he thinks James can still surpass the Chicago Bulls great.

Both James and Jordan have cemented themselves among the greatest basketball players of all-time.

James had won four NBA titles and has been the NBA’s MVP on four separate occasions.

Jordan, meanwhile, has six NBA wins to his name and was the MVP five times.

Murray is a big fan of both and while he thinks Jordan still edges it, he suspects James, who plays for Los Angeles Lakers, could rise above his fellow great.

‘But I think by the end of LeBron’s career maybe that might change. Maybe by the end of his career I’d take LeBron, he’s still going.’

In a quickfire questions round, Murray was asked to pick between a Lamborghini and a Ferrari and revealed the latter was a ‘terrible look’ for him when he owned one in the past.

‘I owned a Ferrari and it was… it was just not my vibe at all,’ said Murray. ‘Neither is Lamborghini to be honest.

‘It was terrible. It was a terrible look for me. I felt so uncomfortable driving it.