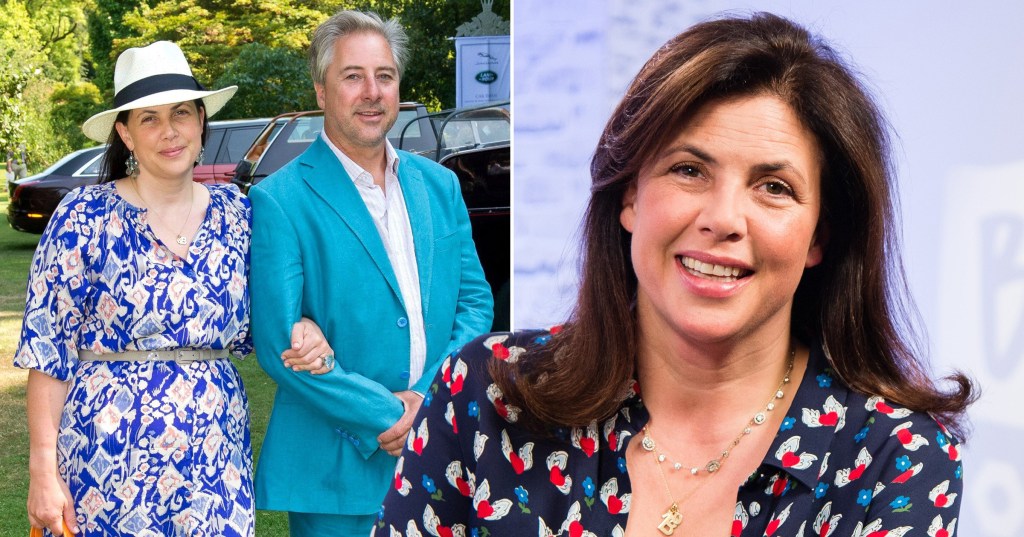 Kirstie Allsopp has doubled down on her decision to head to Devon to self-isolate with her husband when he caught coronavirus earlier this year.

However, Kirstie has insisted she never went against restrictions in place, as she had neither been in London or Devon when her husband Ben Andersen fell ill.

They had to make a decision on where to head back to and decided on Devon, as it would be easier to isolate and prevent Ben from spreading the virus.

In a new interview with Radio Times, Kirstie clarified: ‘When Ben was diagnosed with Covid, we weren’t at home either in London or Devon. We were somewhere else.

‘Because Ben was infectious, we went to Devon where there’s 40 acres and we wouldn’t infect anyone else.’

Hitting back at her critics once again, the TV star said: ‘There are loads of people who are always going to believe I did the wrong thing. I did not go to Devon [from London] after lockdown – we went to isolate.’

Kirstie also vented her frustration over those who call out her privilege as she argued that she is still aware that there are many people who are struggling right now.

‘It drives me mad. Death is death, grief is grief, loss is loss, fear is fear,’ Kirstie said. ‘Money absolutely makes life easier, but it doesn’t mean that I’m not aware of all the people who have lost their jobs this year and who have no idea when they will find another one.’

‘I’m fully aware of how many people are struggling right now,’ she insisted.

The star’s comments come after Kirstie was seen hitting back at online trolls demanding she headed back to London while she was staying in Devon in March.

As well as a base in London which she uses when she’s in the city for work, Kirstie has a family home in Devon and another in North Devon, which is a holiday home.

Speaking to Metro.co.uk at the time, Kirstie explained why she and her partner of 16 years Ben chose to be in Devon, following his diagnosis.

‘This is my home. This is where I have vegetables, and eggs. This is somewhere which is less than an hour’s drive from three major hospitals,’ Kirstie pointed out.

‘We thought, “What do we do? Do we go to the place which already has food in the freezer, already has stuff,” you know, I’ve got more loo roll in this house. I don’t need to buy more loo roll,’ she said.

‘So when we got this obviously worrying diagnosis, we came to the place where we were safest where the dog could be walked, without going outside.’

Kirstie assured her critics: ‘I’m not in my holiday home in North Devon, where resources are limited. I have 100% not made any irresponsible decisions which would endanger anyone.’


MORE : Rebel Wilson’s trainer reveals banter-filled training sessions are the secret to her year of health